2 June 1953, millions of people watch from the comfort of their own homes as Queen Elizabeth II attends her coronation. The event is televised with cameras showing the mass crowd gathered lining the route witnessing royal history right before their eyes.

No one on that day would have anticipated the then 26-year-old monarch would reign for the next seventy glorious years, but as last weekend’s Platinum Jubilee milestone showed - it was cause for celebration, complete with Marmalade sandwiches.

Who else could deliver such scrumptious treats other than Paddington himself? The nation watched the national treasure in conversation with Her Majesty on film, recorded around the same time a certain Rocketman was tinkering keys on a grand piano down the corridor  in the drawing room.

Those fortunate enough who were successful in a ballot watched the three-hour Party at the Palace concert in front of Buckingham Palace, upon entry everyone was handed a bottle of water encased within a silver bottle, union jack flag and a wristband which would glow throughout tonight’s proceedings.

They would also make their Instagram followers green with envy as they uploaded snaps of the Prince of Wales, the Duchess of Cornwall, the Duke and Duchess of Cambridge, Prince George and Princess Charlotte and of course, where there's a party there’s Prime Minister Boris Johnson.

HRH herself opted for a more relaxed environment to watch the activities, Ma’am tuned in from the comfort of Windsor Castle as music royalty began proceedings with Queen performing a selected section of hits such as We Will Rock You and Don’t Stop Me Now. Their act saw Brian May elevated on top of the stage and reels of Elizabeth II’s most prestigious moments during her reign. 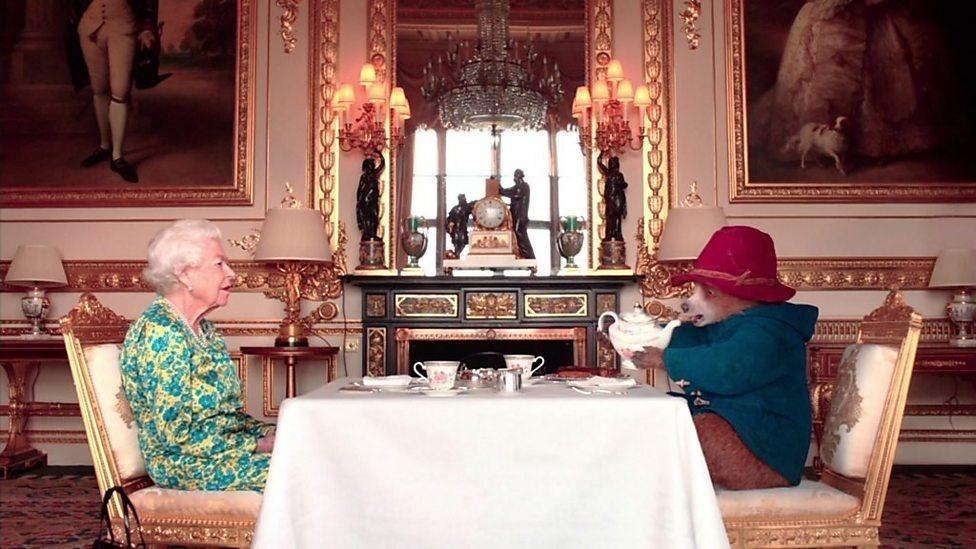 Fresh from his new ITV quiz show comedian Lee Mack relishes the opportunity to exclude the 1% by making cheeky jokes at the Prime Minister’s expense, a jab which Stephen Fry will follow later on in the evening although in a much more civilised manner.

Taking it in his stride Boris joins the royals and us common folk as we let our heir down (pun very much intended) for Jax Jones who brings out special guests Stefflon Don, Mabel and John Newman - oh and a pretty awesome Caribbean-style band.

Despite early forecasts we may not be blessed with weather found on paradise islands but thanks to Guy Garvey and The Citizen of the World Choir the sun shines as they perform One Day Like This.

Taking centre stage in front of the residents of Buckingham Palace  can be a daunting experience, but if you are Diversity - whose prize for winning Britain’s Got Talent was joining the lineup for the Royal Variety Performance - we guess it’s second nature. Ashley Banjo leads his dance act down a musical memory lane of British music from The Beatles right up to Stormzy.

Dance culture takes a more mediterranean feel when Craig David steps behind the booth spinning a mashup of his hits before one of pop’s new faces, Mini Webb performs House on Fire - the track is so catchy we wouldn’t be surprised if Diversity - The Next Generation include it in their royal routine in years to come! 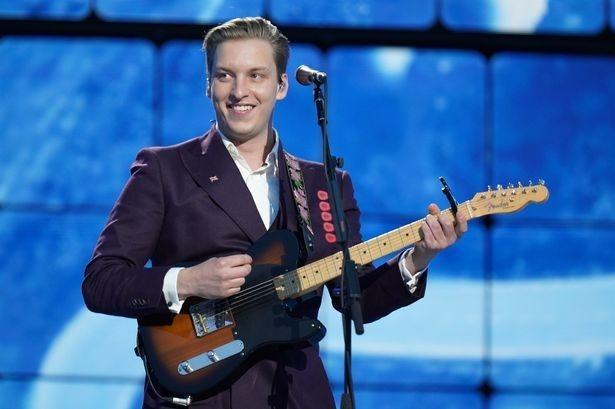 So we’ve had rock, pop and dance - how about softening the mood just a little by welcoming Sir Andrew Lloyd Webber on stage for a live montage of West End classics? The segment includes the cast of Hamilton, Phantom of the Opera, The Lion King, Six and Jason Donnovan pulling his Technicolor Dreamcoat out the cupboard for one final performance which sees thousands of wristbands light the clear blue sky.

Rewind a year or two and the prospect of a UK entry for the Eurovision Song Contest performing at a royal concert would had seen the organisers scoring nil points and being sent straight to the tower, bu thanks to Sam Ryder and his intergalactic Spaceman hit the production team keep their heads and live to see another day.

Someone who is playing it safe tonight is George Ezra who decides to censor his latest release Green Green Grass whose original line reads ‘You better throw a party on the day that I die’. Ezra leaves out the death references, although keeps in the celebration lines as a younger George is spotted in the Royal Box waving his union jack.

Another act who we guess isn’t too fazed by audiences consisting of monarchs and princes is Sir Rod Stewart - and he didn't need the help from Simon Cowell to elevate his success to where he is now.

Tonight Rod tells us the BBC has asked him to cover Neil Diamond’s Sweet Caroline. The song, which was given a new lease of life for the World Cup last year, is a hit - we even catch a glimpse of Camilla swaying between the bom bom bom’s.

Rapper and comedian Doc Brown is the next celeb to take to one of the three stages where he introduces olympians Dame Jessica Hill and Tom Daley who take over the baton as they thank HRH for her ongoing support for the nation’s sporting heroes.

A duo of more musical culture kind are next on the bill which sees Andrea Bocelli perform a moving rendition of Nessun Dorma which has the Duchess of Cornwall close to tears.

To quickly lift the mood music legends Duran Duran and Nile Rodgers whisk us back to the same year Queen Elizabeth became the first royal to visit The Great Wall of China (To save you Googling it was 1986) to perform Notorious. Mums and Dads wave their flags as if the song only came out yesterday before the band continue their mini disco with Girls on Film which sees a royal montage of Her Majesty throughout the ages being projected on the Palace walls.

Speaking of films, if Marvel are planning on one centering around a ‘Superwoman’ Alicia Keys has just the soundtrack. The American singer songwriter plays the 2007 hit in tribute to a certain person tuning in from Windsor Castle before performing Empire State of Mind which celebrates New York city - don’t take offence Alicia but we are quite content being Londoners.

Taking a short sidestep from the music, HRH herself features in a short environmental film introduced by Sir David Attenborough before Prince William appears, in person, highlighting how important it is for all of us to protect our planet. The segment is brought to a close with Han Zimmer and Celeste teaming up for a moving performance of What a Wonderful World.

Something which will never be extinct is the magic of a one-of-a-kind species known as ‘The Elton John’. This incredible form of human nature dials in an unforgettable pre-recorded performance of Your Song from the Windsor Castle’s Red Boardroom. It’s just a shame touring commitments meant the legend could not be there in person.

But someone who could was Steven Fry, standing just metres away where they hand out knighthoods the TV legend paid another tribute to HRH before Camilla is joined her son who reads an emotional, touching speech to a ‘mummy’ who has stood by her country through the most memorable and most difficult times who, according to Fry, should also be praised for ‘tolerating prime ministers’.

So, we have had momentous performances, touching tributes and environmental warnings to ensure young George and Charlotte grow up in a greener world - how about lifting the mood just a little bit by a spellbinding drone display in the night sky? We have never seen anything like it - animated lights of corgis, handbags and the ER logo  - stunning, absolutely stunning! 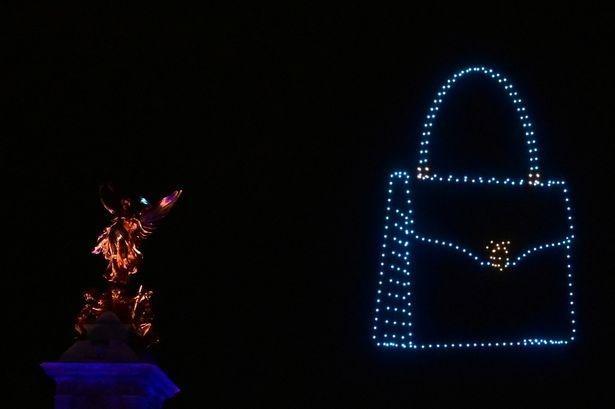 To round off proceedings Diana Ross starts a chain reaction of hits to celebrate seven glorious years of a superwoman who can now tick off having marmalade sandwiches with a cuddly bear off her bucket list.

June 4, 2022,  millions of people watch from the comfort of their own homes as the nation says thank you to Queen Elizabeth II. The event is televised with cameras showing the mass crowd gathered lining the route witnessing royal history right before their eyes.