In 2000 a few thousand music fans were crammed into venues up and down the country to watch a handful of new bands play the NME Awards tour.

Those who trundled through the early doors caught the first act, fronted by a guy called Chris Martin the band seemed rather good – especially for an opener. Nine years later another new group, this time headed by somebody called Florence Welch also made a lasting impression despite being placed down the bill.

NME may have undergone some changes over the past months. It’s now a free lifestyle magazine opposed to the weekly music publication we used to know, but when it comes to the annual award tour the hunt for the next Coldplay or Florence + The Machine is still in full force. As the series of gigs continue to roll out across the UK we joined the NME Awards tour in Southampton to see if we could spot the next big thing.

‘Who knows about Bugzy?’ asks the twenty-five year old Grime artist from Manchester. Judging by his addition into BBC Radio 1 Xtra ‘Hot for 2016’ poll the answer will soon be quite a few people – although for now Manchester’s new rising star has to back his hype.

Replacing splurge guns for rhymes loaded with drum and bass Bugzy fires into Spitfire, the first of his six tracks tonight which charts a troubled childhood. Robbery, kicked out of school, drug abuse…the Christmas’s he never had…The verses release Bugzy’s rocky early years before Fire in the Booth dials into his home town 0161 code taking a one-player knuckle thumping play through Super Mario and Donkey Kong memories until it’s game over and he’s put ‘Mannie on the map’.

M.E.N rips the pages from the Manchester Evening News which published details on how Bugzy was wanted for questioning following an assault outside a local nightclub last year. Read between the headlines and you’ll also find columns tracing the artists’ adolescent years.

Bronson touches on another brawl, this time between himself and English rapper Chip – also known as Chipmunk. You can tell this is Bugzy’s most cherished track as he asks us to ‘listen to the lyrics’. 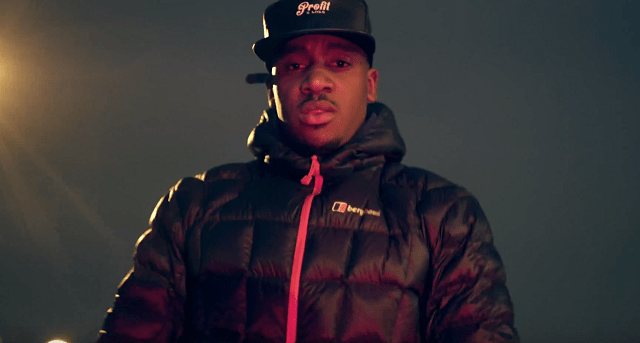 Gnawing his way out of the sewers, infested with indie/rap rodents such as Jamie T comes Jordan Cardy, also known as Rat Boy.

Despite some ‘teething’ problems at the start Cardy makes it’s quite clear he ‘never says the same thing twice’ as he repeats the statement throughout ‘Move’ the strongest of his offerings tonight.

In 2014 Cardy produced “The Mixtape” which gained him entry into the BBC Sound of 2016 Longlist. Already having a pied-piper following – the first few rows are bloody loving it – the nineteen year-old beanie hatted musician is distancing himself from those days working in a Weatherspoons kitchen as far as possible.

Tonight’s Gastropub specialities cook up delights such as Left 4 Dead, the track which propelled him into the BBC Sound list which tells a tale about a boy who can’t pay his debts and FAKE ID. The latter retelling the problems we’ve all faced trying to convince a bouncer our drivers licence document wasn’t produced with a bit of help from Photoshop.

We wouldn’t be surprised if we see Rat Boy chasing Jamie Treays tail before the year is out.

When the Loveless brothers supported Blur last summer in Hyde Park their music seemed lost in the smoggy skyline. Tonight, it’s a different story. Eoin and Rory’s alternative rock rebounds around the Southampton walls, there’s no escape, no burger vans in the distance, there isn’t a second tent to whisk away disinterested punters…It’s just pure loud indie rock!

The Derby boys haven’t had that breakthrough track just yet, despite forming back in 2011 although being signed to the same management company as Royal Blood and a little known band called Arctic Monkeys they may be the next big thing to emerge from those Sheffield streets.

Their first track to be scraped off Drenge’s second album Undertow is the highlight of tonight’s set, the song, We Can Do What We Want, has just celebrated its first anniversary after being premiered on The Late Show with David Letterman in 2015.

‘I Wanna Break You in Half’ is a ‘song about credit cards’. Its exhausting battering transaction doesn’t back down until it expires after two eardrum-bursting minutes sending the student heavy hall into hyperventilation.

Slow track ‘Fuckabout’, sample lyric ‘you are down in the dumps’ is as depressing as it sounds and ‘Let’s Pretend’ takes us back to reality with a dark thrashing riff, perfect for any pupil with exam blues wanting to let off some steam. 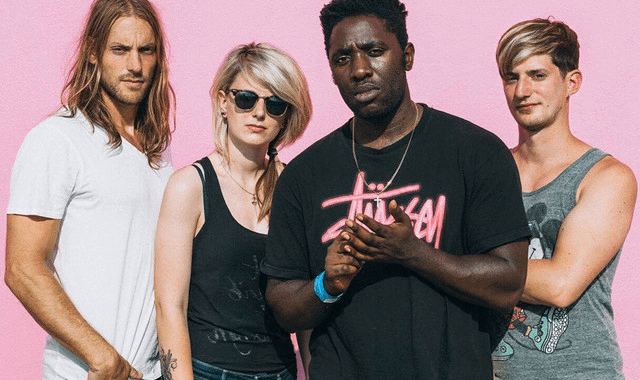 Just like NME Bloc Party have been through some significant changes over the years. Whilst the magazine took a short break last year transitioning from a music paper to a free lifestyle weekly, Kele Oakereke and co. took another one of their hiatus between 2013 and 2015.

Tracks from their new album, ‘Hymns’ religiously creep into tonight’s headline set which launches into ‘The Good News’, it’s a more mellow direction for them. Another newie, ‘Virtue’, Kele’s favourite new song, ascends us towards a more high tempo sound taking us back to the Party we used to gatecrash during their Silent Alarm era.

‘Exes’ is another more mild Bloc Party number, the first track to see the light of day from Hymns, has carbon footprints of ‘Blue Light’ and ‘Day Four’. As for ‘The Love Within’? Out of the ‘Hymns’ psalms Okereke reads out tonight it’s this little gem which familiarises us the most with when the band used to grace the covers of the New Musical Express.

Throwing in ‘One More Chance’, ‘This Modern Love’ and rounding off the night with lesser known known track ‘Ratchet’ from ‘The Nextwave Sessions’ the band prove they aren’t finished just yet, whether they can survive another transformation in a few years’ time remains to be seen, but for now the Party is still going strong.

So He Begins to Lie

The NME Awards Tour is touring the UK until February 12th