Five minutes before showtime the FIBES Conference and Exhibition centre is divided, the cool kids are ecstatic, working themselves into a frenzy whilst the old folks have no idea what all the fuss is about.

When Taeyong, Taeil, Yuta, Jaehyun, Winwin, Mark, Haechan. Johnny and Doyoung walk in the VIP seating area Seville emergency services almost issue an earthquake warning, fortunately for this beautiful city and its landmarks such as The Gothic Seville Cathedral and Alcázar castle complex stay in one place.

Weighing up the gender balance after the arrival of these nine dapper young gentlemen Dua Lipa opens this year’s MTV EMAs with Don’t Start Now with a chorus line of incredible dancers before our host Becky G opens formally welcomes us to one of the greatest awards ceremonies on the planet with a reminder to what a great year it’s been for female artists…And plugging her debut album Mala Santa. Hmmmmmm wonder if we will be treated to some tracks off it tonight?

It certainly been a pretty awesome year for women, to prove the point Mabel has the honour picking up the blower to perform Don’t Call Me Up behind a huge landline telephone with a twirling, dangling cord. If you know your K-Pop from your Coco-Pops you may not be aware many years ago phones had wires attached to them, yeah imagine that. It seems as dated as making sure you stay in to watch X-Factor on a Saturday night!

Speaking of which one of the judges of Cowell’s creation, Nicole Scherzinger hands out Best Pop to Hasley, who has probably been booked to perform on that popular weekend TV talent show Strictly Come Dancing between now and Christmas!

From current X-Factor judges to past runner-ups. Niall Horan warms our hearts with his new track, Nice To Meet Ya, behind a mountain of lights and a catwalk arched by searching spotlights. The Irish lad is a rising solo rock star although only time will tell if he his departure from One Direction will catapult him to the heights another rocker has reached – and who will be closing the show - after leaving one of the greatest bands in music history. 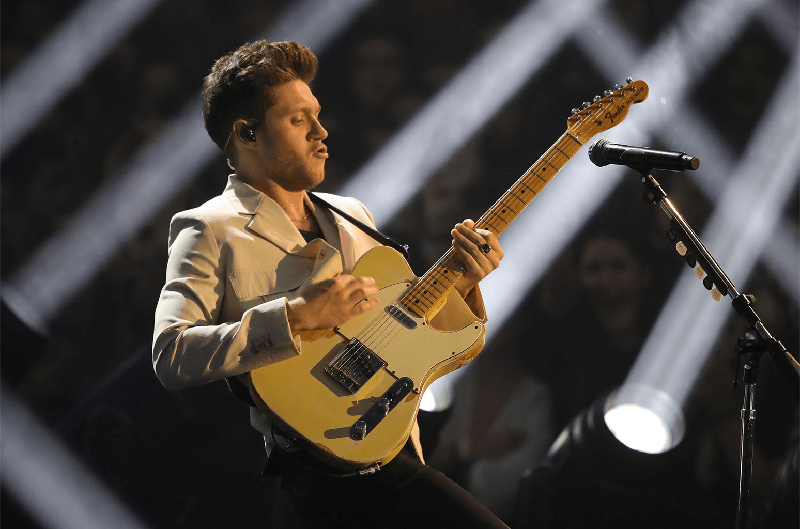 Horan is known worldwide and despite winners of Best Collaboration Rosalía and J Balvin (for Con Altura) not quite filling stadiums just yet we are pretty certain tonight’s win at the prestigious award ceremony, watched by a billion people worldwide, won’t do them any harm on their way to global domination.

Someone who did achieve an impressive musical career around the globe was Akon, between 2004 and 2008 the artist never referred to as Aliaune Damala Badara Akon Thiam notched up three albums and then tried his hand at acting. He’s now back to his roots, behind the mic at the EMAs performing Como No with Becky G. The set is so colourful you need shades to protect your eyes as you watch the two singers glide along the stage on a huge podium in a country famous for its carnivals and fiestas.

With everyone joining in the party atmosphere here in Seville, on their portable devices all over the planet and TV sets at home former host Nicki Minaj sadly couldn’t make it to accept Best Hip-Hop, at least she accepts the recognition via video, just like Billie Ellish who takes a quick break from her busy schedule to film an acceptance speech for Best New and Taylor Swift who won Best US Act.

Before we carry on with tonight’s shenanigans let’s rewind twenty-four when this year’s Best Rock act took over Plaza de España for a speculator gig as part of MTV’s World Stage series. Check out our full review for everything you need to know about what went down.

Back at the ceremony this evening Becky G is having a costume change. Relax, we haven’t crept backstage and burst into her dressing room…She’s actually sliding into her next outfit on stage with a black slinky dress being lowered from above. With her fitting complete she introduces the next performer of the night, Halsey.

The singer, who is only called Ashley Nicolette Frangipane by her mom, rides into town on a horse. Don’t panic if you are a campaigner for PETA it’s a wooden one off a carousel!

The American singer/ songwriter is here to play Graveyard. We wonder if she will have ‘Winner of Best Pop 2019 #EMAS’ carved into her tombstone?

Yeah, as Becky G pointed out earlier 2019 has defiantly been a good one for women in music, there’s two more female acts on the way just for the message to hit home.

Anna Max starts her set with Torn captured inside an open box centre stage before she escapes the confinement, races down the stage and tears into Sweet But Psycho. Next up Rosalía returns to the stage behind a pyramid of chairs reserved for her flamenco backing dancers performing Di Mi Nombre – for those of who skipped Spanish classes that translates to Say my name, as for the rest of the lyrics sang in her native tongue – well, you are on your own there!

A certain rock star is watching Rosalía from the VIP area next to his fiancé/ manager. Dressed is a casual parka jacket, measuring in at 1.78m and with his brother at home turning off from MTV this year’s Rock Icon is handed his award from Hasley. Astonishingly Liam Gallagher is on best behaviour, but he still shows his cockiness by thanking MTV for recognising his brilliance.

Gallagher junior may be a legend but he didn’t receive that deafening welcome those seven lads did earlier. Now out of their seats NCT 127, the second boy group to explode out of South Korea take us to Highway to Heaven, if Nail is still watching their set the hysteria must bring back the good old days of One Direction mania. And if each band member were watching Horan’s earlier performance they were probably thinking…well, it won’t be too when we break up in a few years’ time! 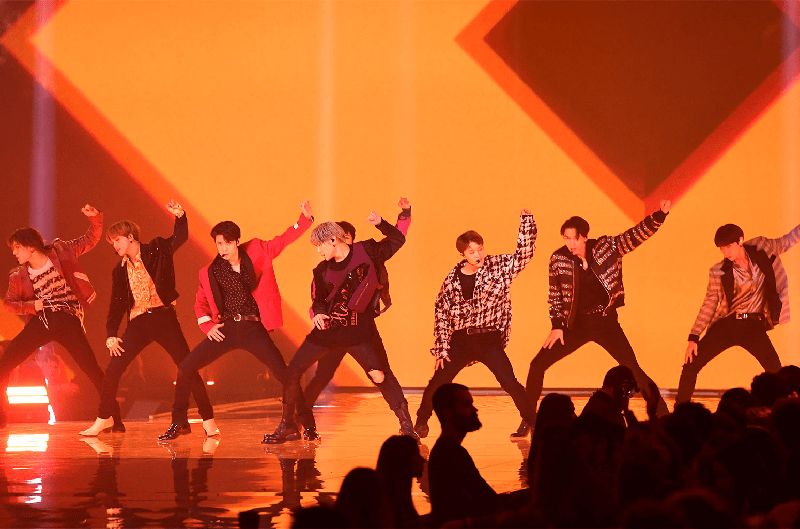 With NCT 127 in the building have a guess which K-Pop act collected Best Live, Biggest Fans and Best Group this year? Yep that’s right….BTS!

It’s time to be treated to some tracks off our host’s debut album. Becky G takes to the stage to perform a melody mix-up featuring 24/7, Sin Pijama and Mayores in a literally fire-blazing set. Hopefully unlike Minaj she will return the awards in a few years’ time to pick up her awards in person.

As the fumes from Becky’s performance are put out a huge white box is carried onto the stage with the words ‘Rock ‘n’ Roll’ printed in huge white lettering. There’s only one person who this could be for…Liam G takes centre stage to see us out with his new track Once and the timeless Oasis classic Wonderwall.

It’s been another memorable EMAs, we’ve had K-Pop, Women power, X-Factor judges and one of the greatest living legends of all time. We now have two options, explore The Gothic Seville Cathedral, which is luckily still standing, or make our way to the after party. Take one blooming guess which one we are heading to!