There’s at least one person in Hyde Park today who appreciates the tough job us poor journalists have to carry out for you, our dear readers.

In tonight’s case its taking notes so we can compile our final review of the summer, which accumulates this year when the Pet Shop Boys headline Radio 2’s Festival in One Day annual event on this glorious Indian summer Sunday evening.

The boys, Neil Tennant and Chris Lowe, have been at it since 1981 churning out single after single, four of which topped the charts – when the charts were relevant and every teenager had their nose inside a popular music magazine.

We start in Suburia, where PSB fans will know is ‘where the suburbs met utopia’ (the opening line to the song) sung by a suited Neil – looking wonderful in his blazer and white shirt and a head camouflaged under a top velvet black hat and shades barely visible like a meerkat pooping out from behind a keyboard synthesizer.

“This feels so good” Tennant tells Hyde Park, Radio 2 listeners and those watching on BBC 4 as he promises two guests over the next ninety minutes.

Giving us a quick lesson in Portuguese Se a vida é (That’s the Way Life Is) is so melodic it almost washes the memory that our blissful weekend clocks off in just a few hours. Speaking of European connections – whilst we still can! – There are two young guys in the crowd holding a sign which reads ‘ITALIAN PETHEADS HERE’. Aw bless them…We will miss ‘em come November 1!

“As we are in the middle of London” Tennant says, “We are going to sing a song about it” Any ideas what’s up next? Award yourself a trip to Soho if you guessed West End Girls which is performed tonight with droid helmets covering faces of the dancers on stage, it’s like something out a sci-fi movie.

Speaking of which the first guest, Olly Alexander, appears wearing a gold suit which wouldn’t be out of place on an episode of Doctor Who back in the eighties. The Years & Years frontman is a surprise vocalist for Dreamland, inspired by the second-rate amusement park in Margate which makes Thorpe Park look like Disneyworld!

The rollercoaster ride continues with Yak masks on the dancers – they aren’t too keen showing their faces are they? – as they perform to Heart before thousands of fans unleash their guilty pleasures as they sing back every single word to It’s a Sin, this is why the band are still going strong, almost every single song is so bloody catchy.

“Hyde Park. You’re amazing!” Tennant knows how to win over a crowd! With Hyde Park now firmly in the palm of their hands it’s time to turn the heat up a notch, play a few bangers and rinse every drain of energy the crowd have that they will struggle to hear a single minute of Zoe Ball’s Breakfast Show tomorrow morning.

The dancers’ heads – and bodies – are now covered in inflatable bodysuits. They bop around as if they were Left to ‘their’ Own Devices without a care in the world as Chris continues to bob up and down hitting the right keys and as mute as a fish.

“Here’s another old song” teases Tennant, adding, “There’s so many to choose from.” They pick Go West out of their extensive back catalogue, performing the Village People classic under a pleather of huge different coloured balls dangling above their heads as undercover policemen, construction workers, bikers and cowboys show off their best moves in the arena.

We mentioned earlier how addictive their records are, although Neil used to be on the other side of the music industry. Writing as a journalist for Smash Hits magazine in the early eighties before becoming an Assistant Editor he has pretty good experience on what the fans want. Writing songs in his spare time it wasn’t until he was flown to New York to interview The Police the foundations to Pet Shop Boys career was cemented.

In NYC Tennant met producer Bobby Orlando and told him he had been writing a few songs. The two paired up, the partnership led to the Pet Shop Boy’s first single, West End Girls.

The hit paved the way for a new successful career for Neil and his bandmate Chris, releasing tracks such as Domino Dancing which just about sees a field-full of music lovers avoiding toppling on top of one another as they enjoy the final moments of this splendid set.

It’s time for that second guest, who you could class as a west end girl after her role in The Bodyguard musical. Beverley Knight is welcomed to the stage by a huge round of applause as she helps the boys out with What Have I Done to Deserve This? Which, of course, goes down a storm.

“The time has come for our last song.” Tennant delivers the sad news to thousands of groans. But what one will it be, don’t forget they ‘have so many to choose from’. We are given You Were Always on My Mind one of the many timeless tracks taken from a band who made the cover of a certain magazine all those years ago… 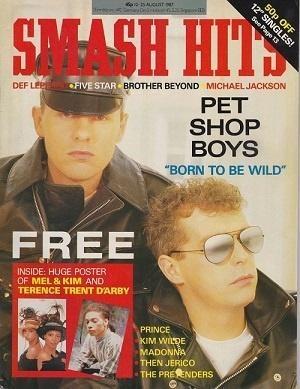 There was a free water fountain at the check-in desk.

The accessible viewing platform was extremely wide although quite far back from the stage.

There were 4 large accessible toilets designated for access guest (standard toilets were nearby) and a changing places cubicle which could be opened by a member of staff next to the viewing platform.

The accessible area also had its own paying bar.

More accessible toilets were located around the site and in the guest area.

Left to My Own Devices

What Have I Done to Deserve This?

You Were Always on My Mind

It was ace to sit on the viewing platform and enjoy the music because I would never had managed it standing up all the way through the day.

The access guide (which was sent to access guest prior to the event) stated the closest tube station was Marble Arch, but that seemed a long way to the accessible entrance. 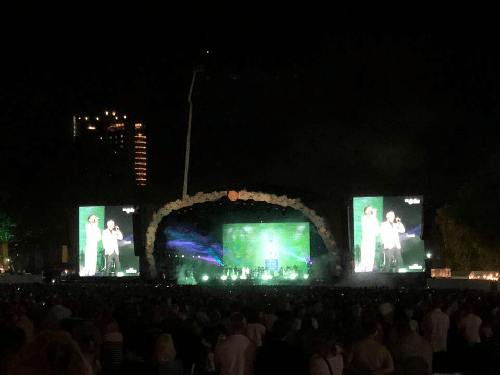