‘What about an app which collects all the accessible data from venues around the country?

Websites need to provide more informative data for disabled fans at their gigs as well and there’s riders. Why can’t artists request reasonable adjustments for access guests who purchase tickets for their tour just above their demands for a crate of alcoholic beverages and blue coloured Smarties? Another idea: Project song lyrics on the set’s backdrop for those with vision loss and if possible, reconfigure the stage layout so the venue can become more accessible.’

The topics raised at the Attitude Is Everything conference held at The Great Escape were extremely relevant for the annual event which sees intimate venues around Brighton showcase new talent. It’s pretty cool catching the rising stars of tomorrow, but when their set is down a narrow staircase of a pub which has little accessible facilities it can cause problems for some and crowded spaces can be a nightmare for those living with mental health.

Lewis Capaldi is aware of the latter. So much so that when his arena tour was announced earlier this year the Scottish singer-songwriter promised to provide provisions for fans suffering from anxiety and panic attacks at the venues.

For those trying to cope with another form of anxiety, in other words missing out on tickets which were snapped up within ten minutes, salvation came when Capaldi was announced for a Spotlight Show at TGE, his night would be set in the Brighton Dome, capacity 1,860 and adequate facilities for people with disabilities. The guys at Attitude will be pleased!

The 22-year-old strides on stage with a confetti canon explosion and the tune to Jessie J’s Price Tag, it’s a surprisingly uplifting entrance to someone who is quickly making a name for himself by filling the Top Ten with depressing, tear-jerking numbers.

One of those is Grace, the first song which introduced Capaldi to the limelight and to the world to his potty mouth.

‘How you fuckin’ doin’?’ He asks the seaside town before belting out Something in The Water. Which causes a massive tidal wave of applause and cheers, just two songs in. Lewis just stands there, lapping it up, making peace songs…before telling us to ‘Shut the fuck up!’ so he can finish the track.

This is why Capaldi is quite simply, ‘The Next Big Thing’. He uses the same pattern as Adele. Perform a miserable heart-breaking song then follow it with jokes, all that is missing is a cackle laugh and a sold out stadium tour, which is evidently on the cards within the next few years.

After telling a fan to hang-up on their FaceTime a bra is thrown on stage, Lewis picks up the clothing and tells the boob sagging owner he will “wear that later”. Cross-dressing can wait though as tonight is a special show because it’s the first time Lewis will play tracks off his debut album, Divinely Uninspired to a Hellish Extent – released on 17th May. So it’s time to pull tights up and cop an earful of new numbers such as Hollywood – which, appropriately, could quite easily soundtrack a blockbusting film – a sad one of course, a really bloody depressing movie….Imagine the ending of Toy Story 3 but where Woody is crushed to death by a steamroller….driven by someone who is having a nervous breakdown…because his child is seriously ill!

In case you need evidence just how popular Lewis is, as well as the sold out tour, his new track Hold Me While You Wait was streamed 6 million times within the first week! “Don’t get me wrong, it’s not as good as Someone You Loved” Lewis jokes, “But I hope Brighton doesn’t think it’s a pile of shit.”

They don’t! Course they bloody don’t and we suspect those who caught Lewis playing underage from the tender age of 12 growing up in Bathgate didn’t either, or those who downloaded his debut EP Bloom last year…and listeners of Capaldi’s first track he released in March 2017…Bruises.

Already a household name he’s pretty confident the Dome will be able to sing Lost On You, despite the track being on his unreleased album…Which of course they can…There’s no need to project the words behind him no matter how good your hearing is, it’s that popular already! To add even more kudos to his rise to fame Brighton starts chanting his name to the sounds of Jeremy Corbyn (era 2017) and nobody in the venue want their new leader to step down just yet!

“We overbought on confetti” Capaldi confesses after the tonnes simmer down. To compensate Lewis starts a countdown from 30 so another canon can fire its content over a choir of voices singing back the harmonious words to Somebody You Love to round off the night.

The 22-year-old strides off stage, clapping away with a huge grin on his face back to his dressing room to learn how to put on a bra. What a total legend and thank goodness he played in a venue which was accessible for all.

Despite The Dome providing adequate facilities for people with access requirements the disabled facilities at most of the other venues around the festival aren’t up to standard although it’s unfair to judge because most are old small pubs/ clubs which don’t offer much room to cater for people with physical impairments and wheelchair users.

Disabled guests, which were quite sparse at TGE were given an accessible wristband which granted them priority access at the venues, although at some – such as The Radio X Stage at The Beach – security were not made aware of this and asked disabled people to join the long queue.

It’s a shame as it was evident the organisers did want to make the event accessible for as many people as they could, although due to the nature of the venues this wasn’t possible at some of the buildings.

What did you make of the Access? (Brighton Dome) 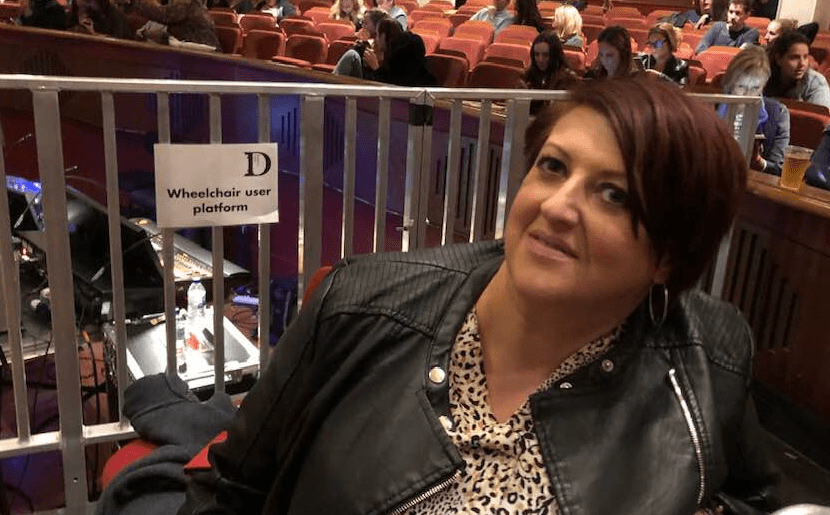 The lack of disabled parking spaces made it difficult as we were driving around trying to find a space to park and ended up in the NCP which cost us £8.50 so we are not very happy about that!

View from the accessible platform at Brighton Dome 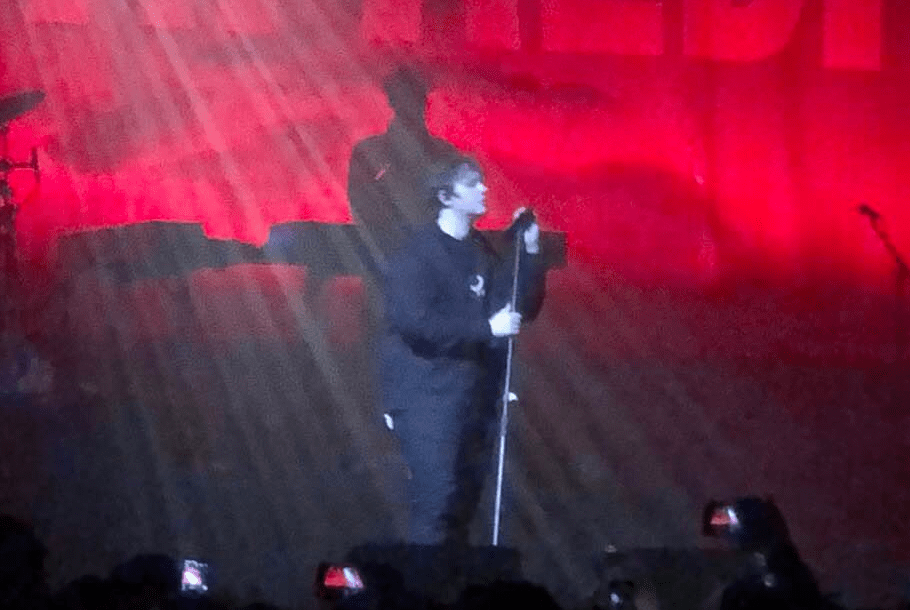