The interior of the late singer/ songwriter’s house in France hasn’t changed since March 1991. Furniture legs daren’t tread to make new imprints on the carpet, cupboard doors haven’t exercised their hinges and the taps are probably too tight now to moist those dried up sinks.

‘It’s too painful,’ Charlotte tells Amy Lamé. Going back to her father’s house, the renowned composer Serge Gainsbourg, would bring back too many memories.

Despite the home remaining ‘untouched’ the singer still owns the property and she is considering turning it into a museum one day, but this will have to wait. She has more things to do at present which come as a priority.

There’s her new novel, Je t'aime: The legendary love story of Jane Birkin and Serge Gainsbourg – telling the story of the banned song ‘Je t’aime… moi non plus’, which requires book signings across Europe. Her latest song, I Think We’re Alone Now which needs publicity and the small matter of playing a headline gig tonight at Liverpool’s Mountford Hall for this year’s 6 Music Festival.

Before the concert a packed room at Liverpool’s Camp and Furnace accommodates a roomful of punters shredding off their lost hour sleep as British summer time is blossomed into gear with a live interview between Gainsbourg and 6 Music presenter Lamé.

It isn’t just home roots which are too fragile to retrace. Charlotte can’t listen to the tracks on Histoire de Melody Nelson she recorded with her father. His passing is still too raw.

Gainsbourg may have emotional barriers connecting with her pass, but her own work has touched a widespread audience across the globe. Two of which know a thing or two on how to produce popular music.

The first was Madonna who called Charlotte for permission to use her voice from the movie The Cement Garden in one of her songs (What It Feels Like for a Girl). The other is a local from around these parts.

Paul McCartney accepted Gainsbourg invitation to lunch. Over the meal Charlotte asked the legendary singer if he would write a song for her. A few months later she received a demo of what would become Songbird in a Cage which the two wrote together in New York.

Madge and a Beatle may not be present at tonight’s show, but the stage presence gives a subtle nod to someone Charlotte met at a Radiohead gig.

The first three numbers, played by Charlotte behind a piano, are taken from her recent album Rest, Lying with you – mostly sung in her native language which eerily tells the story of a nineteen year-old Charlotte besides the body of her father when he died, the haunting atmospheric track Ring-a-Ring o’ Roses and a song about a young girl daydreaming to escape her mundane life, Sylvia Says based on a poem by Sylvia Plath.

Another string to Gainsbourg bow is having Ezra Koenig on board as one of the writers for Bombs Away. The Vampire Weekender track drops five songs in this evenings set, leaving a debris of voices already shouting for more.

Charlotte isn’t alone tonight, she plays beside band members inside luminous open frames which bear resemblance to a live show from Air. It kinds of makes sense, after all it was Nicolas Godin who rubbed shoulders with her whilst watching Thom Yorke and his pals!

Godin played a huge part in Gainsbourg material after their paths crossed at the Radiohead gig. His input is all over her second album, 5:55 which features one of her most successful tracks, The Songs That We Sing, which sees her standing, leaning on a frame as one of her band takes up piano duties.

Finishing with Such A Remarkable Day and the final number, again sung in French, Les oxalis ends this superb set from a daughter who will never forget where her inspiration has come from.

The Songs That We Sing

Such a Remarkable Day

Despite the Camp and Furnace venue not being the most accessible place on earth the team did a very good job at accommodating those who required added assistance.

There was a dedicated accessible entrance and the two front rows in the Camp room were reserved for access customers.

In the Furnace area there was a viewing platform just inside the entrance.

Over at Mountford Hall access customers had their own area in the balcony which could be reached by a lift and on Sunday night they had the added bonus of a waiter service. 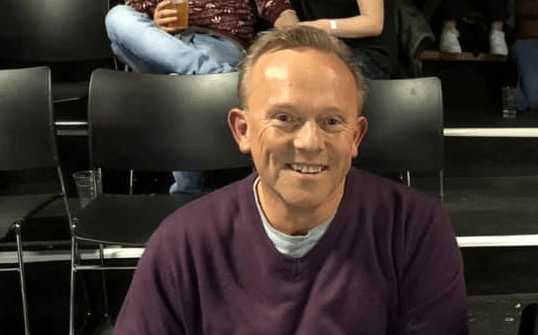 I have both been impressed by the access and just as importantly, the support all around the venues from the staff. Our seating has been great and the waitress service in Mountfield Hall was an unexpected bonus with good value bar prices too for a Southerner like me!

View from the accessible area at Mountford Hall…