The world of musicians is overflowing with inspirational stories overcoming extreme adversity and transforming it into something beautiful. Of the many choices, one in particular has continued to evoke my admiration since I was a teenager.

Jason Becker, born July 22, 1969, was on a trajectory to join the greatest guitar players on top of the six-string podium. Already considered a virtuoso by his peers at the fresh-faced age of 19, Becker’s portfolio was growing increasingly impressive. At age 16 he was invited to join Cacophony, a duo with Marty Friedman (Megadeth) and later went on to play for David Lee Roth, an enormous achievement for one so young.

At age 22, Becker’s ascent was interrupted when he was diagnosed with amyotrophic lateral sclerosis (ALS). Beginning as a ‘lazy limp’ in his left leg, the disease slowly stole his ability to use his hands and gradually robbed him of control of his entire body, except for his eyes. During the progression of the disease, Jason was in the middle of recording the album with David Lee Roth. Determined to finish, Becker starting using a lighter gauge of strings on his guitar and altering his technique to compensate for his weakening hands. When that then became too difficult, moved to keyboard. Unfortunately, Jason’s bodily autonomy was taken before his could finish. 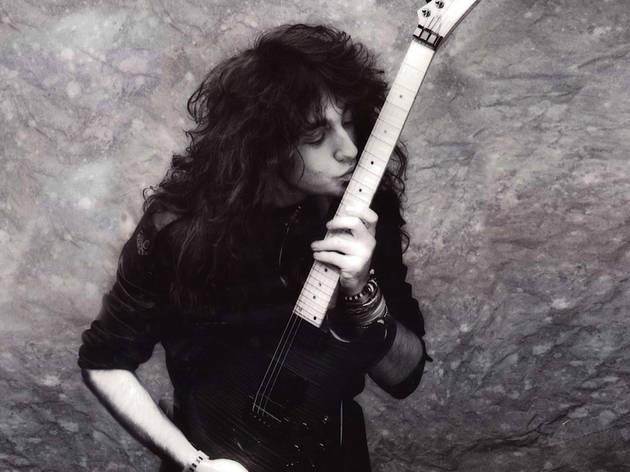 Undeterred by his disease, Jason’s passion for music was never extinguished. Now, using a software developed by his father, Jason can use the movement of his eyes to communicate and create music. Becker’s diagnosis of ALS also came with the added tragedy of being given only 3-5 years left to live. Now, nearly 30 years later, Jason is still a professional musician creating exquisite and intricate compositions using the extraordinary aforementioned software created by his father. Using this software Becker has gone on to write two more solo albums as well as design his own signature guitar and inspire musicians across the globe.

While I would never claim to have faced circumstances as testing and challenging as Becker’s, it is impossible to deny the power of Jason’s story to inspire. How it can remind us how art can provide meaning greater than our external bodies. That regardless of the barriers put between our physical selves and the world, art will always find a way to manifest itself. Beauty is never lost and we are never without beauty, it can just sometimes be concealed beneath seemingly immovable mountains or the smallest hidden snakes. Becker’s story can be viewed through two lenses, one is a story of a man whose potential was never reached due to tragedy, another is a story of a man who refused to allow adversity to hinder his creativity, and continues to create art under the most extraordinary of circumstances.

Into colour is a bombastic indie-funk explosion fuelled with intricate guitar riffs, swirling vocals and pop melodies to create a funk classic with a modern twist. Into colour combines the infectious grooves of late 70s- early 80s funk music such as Prince, and Funkadelic with the introspective lyricism and melodies of modern indie, contemporary R&B and Alt rock. By uniting these separate worlds of music, the song breaks down traditional genres and creates art that is original and unique whilst paying respect to the greats which have inspired the sound.

The tight verses and lush choruses showcase Slye’s lyrics which explore ideas of self-knowledge and understanding. Lyrics and melody combined, ‘Into Colour’ pushes the conventional boundaries of pop and offers an exciting sound that adds a pop of colour into the musical landscape. Into colour explores the journey that we make through a world of monochrome where we must embrace joy and pain in order to grow and embody the rich palette of colours that life has to offer us.