Last month the new series of Ex On The Beach was axed after the sudden death of one of the contestants, Mike Thalassitis took his life on March 16th.

Less than a year ago Love Island’s Sophie Gradon’s suicide took the entertainment world by storm, especially those working behind the camera on Reality TV shows.

Following these tragic deaths Radio Times spoke to psychologists who have worked on similar shows to find out how producers chose their cast to make sure they can cope with impending fame and the support which is available to them once the cameras start following their every moves.

Gladeanna McMahon worked on the first two series of Big Brother, known as the granddaddy of Reality TV.

She said: “When you look at assessing people for reality TV, you’ve got to look at their psychological resilience.

“I would check their motivations for entering the show, their history, their strength and how they could handle rejection.

“You look at who they are and what has shaped them,” she says, “as well as why they’re doing the show and what they hope to get out of it.

“You have to also look at how they’re going to cope if it all goes tits up.”

Jo Hemmings has worked at the production company behind The Apprentice, the psychologist says she tries everything she can to prepare contestants before they sign on the dotted line.

“I sometimes give them the talk of doom,” Jo said.

“It’s the one that says, you don’t know how popular you’re going to be or how much attention will be paid to you afterwards.

“I also ask what they expect to do after the show – that’s often very revealing. Some think they’re going to just go back to their job after having tried a different experience, others want to be the next Rylan.”

McMahon revealed “most of them do not”.

Hemmings added: “Unless [broadcasting watchdog] Ofcom come on board, which is the ideal scenario, it can’t be enforced.”

Big Brother may have closed its doors for good, the final series aired last year, but with Channel 4’s The Circle set to make a return to our screens later this year we certainly haven’t seen an end to new Reality TV shows. 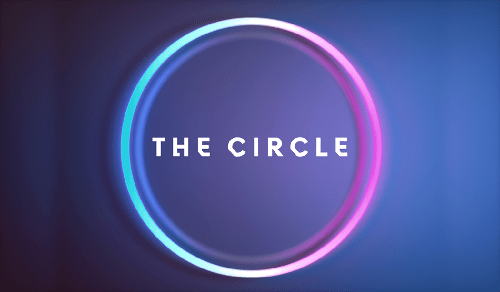 Honey Lancaster-James is the psychologist for the next series. She said: “Part of my role is to assess the demands that will be placed on that individual during the show and therefore what do we need to factor into our assessment,” she says.

“A welcome change to the industry would be some standardisation of processes and guidelines for production companies.”

With fame becoming readily available more now than ever the next question is how can complete unknowns cope with being thrown in the deep end with their faces plastered over the cover of showbiz magazines?

McMahon has different views on this compared to Hemmings and Lancaster-James, which sounds like a premise for a new Reality TV show. Why don’t we put them in a house with 24-hour CCTV and…Okay maybe best not to go down that route again!

Gladeanna’s view is contestants need around three months looking after following their stint on a television show, but Jo and Honey say those with new-found fame require a longer period of time so they can adapt to their showbiz lifestyle.

Lancaster-James said: “We talk about the struggles overnight fame can cause, but also need to be looking at what to do once it’s gone.

“Social media makes it harder for people to go back to an ordinary life.”

Hemmings added: “Other contestants may all look like they live a fabulous life because that’s the social media personality they have to create for themselves.

“It can be very isolating if [some contestants] are not feeling that way.

“Trigger points are Christmas, the next series of the show being cast and broadcast, personal things happening in their own lives.

“But make the accessibility there for as long as people need it and be more proactive in monitoring them when they come out.”

Although as Lancaster-James points out services such as hers can’t be forced on competitors after they leave a TV show.

“As a psychologist, it wouldn’t be right or ethical to keep bringing people in for psychological services,” she explained. “It can be destabilising for an individual who doesn’t want or need it.

“It would be as unhelpful for an individual to be forced to talk about their feelings and life experiences as it would be if they couldn’t access that support [when they wanted it].”

For support with mental health visit the Mind website.