The surviving members of The Prodigy have marked the second anniversary of their frontman’s death with a touching post on social media.

A tweet (pictured below) posted this morning from the dance act was personally signed by his friends and former bandmates Liam Howlett and Maxium.

The message, above a photo of Flint performing live, read: “It’s been 2 years. We miss you so so much brother, Your light burns bright, Your energy will never fade, Keep it real Keep it punk rock We live forever! LH & MAXIM.”

The Prodigy recently confirmed they are working on a music documentary described as “the raw, uncompromising and emotional story of a gang of young outlaws from Essex who came together in the vortex of the late ’80s UK rave scene.” 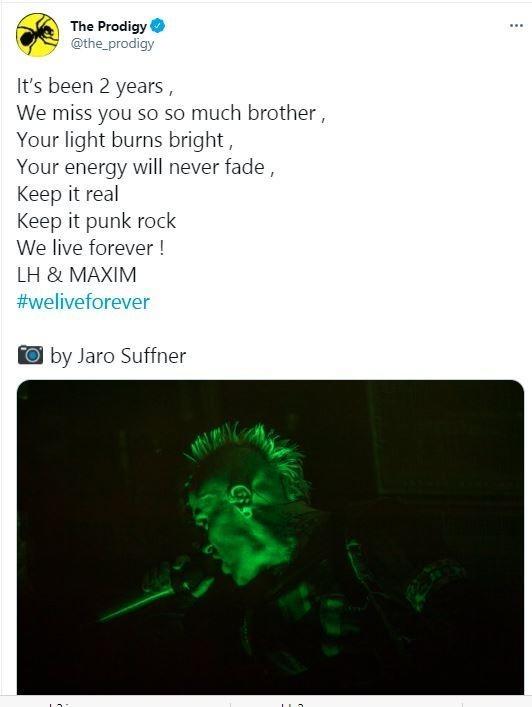