Rag’n’Bone Man, IDLES and members of Portishead are some of the names appearing in a new documentary highlighting mental health issues such as depression, isolation and suicide.

Gemma Jennison, director and founder of the Man Down Programme, said male musicians are at high risk of developing a mental illness.

MC Anthony Mackie, from Bristol, made an attempt to take his own life, he said: “Something needs to change”.

Martin Walker, a mutual friend of Mr Mackie and Ms Jennison took his life the same week the MC tried to take his.

Now the two friends are setting out to raise mental health awareness in men by releasing the Man Down film. 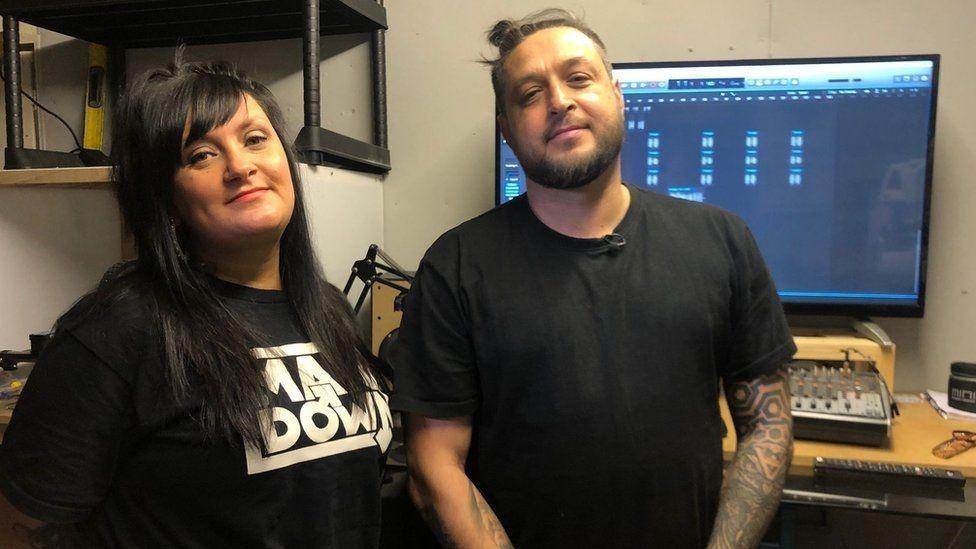 Mackie told BBC News: "With MCs and rappers there's a lot of bravado and masculinity expected from that.

"Opening up and talking about how you're feeling, it kind of goes against it."

Jennison, a qualified mental health nurse from Bristol, said: "The financial precarity of being a musician or in the music industry in general; if those things start to fall apart, people have to find other ways to make money."

She added: "I wanted to look at what the trends were and why men were struggling.

"I decided that in order to do that music industries needed to be accountable or have discussions openly about what they did with artists or any of their staff about wellbeing."

Mackie said: "It sounds easy, just open up, just talk about it and you'll be fine.

"It's not as simple as that, but I can promise anyone that watches the film, once you break that seal, things can change."

The Man Down Programme will be used as evidence to address the issues it discusses through training and support programmes.