‘NEIL, I need you to come and help me mate’.

Neil is part of a film production company from Glasgow called Empire One. Alongside Richard, Fraser and Graham their Showreel already boosts a documentary, a music video, footage from the MTV EMAs and involvement with the prestigious Glasgow Film Festival, but since last summer they faced their most challenging work yet – Putting up with me!

I’m Howard Thorpe, founder of ABLE2UK and the guy who shared his dream with one of the most important people in the music industry, especially in Scotland. Geoff Ellis is the man behind T in the Park and back in 2014 I asked him if his company, DF Concerts would consider staging a unique concert for disabled and non-disabled people.

Fast forward a few months, DF are behind the idea and I’m behind…The Pyramid stage at Glastonbury talking to Hozier. I’m telling the band and their team about the proposed show and they seem interested! Later on I bump into Chris Martin, he’s on-site to watch Pharrell Williams set. Being fortunate to have met Coldplay’s number one man on a few occasions in the past striking up a conversation isn’t too difficult. I tell him about the gig. I tell him I would like him to record a video message. He tells me to send an email and we both tell ourselves things are already moving forward!

It’s July 2015, Hozier confirmed, Chris Martin has sent over the vid and it’s already been sent over to the Empire One guys for editing and I’m having a pint with the Kodaline guys at T in the Park. After we exchange a few words and a firm handshake it looks as if I have my support act. Another old friend is on-site, Radio One DJ Annie Mac who tells me she is happy to record a message of support – which means another email being fired off to Empire One. 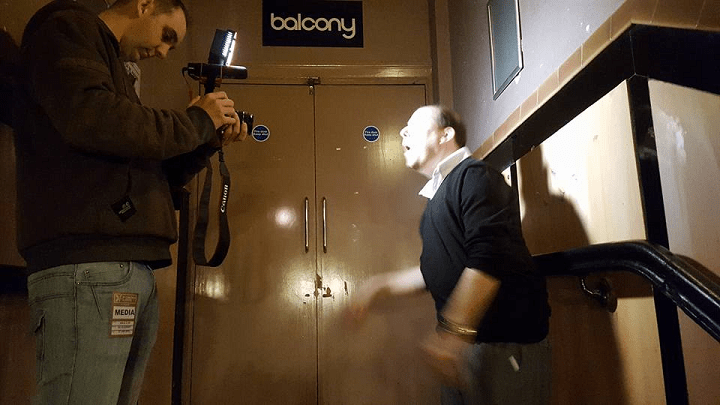 In fact Empire One are inundated with emails, phone calls, face-to-face meetings from myself. They are also asked to edit videos I’ve received by Frank Turner, Royal Blood, Chris Moyles and my good friend Mark Wahlberg – more of him later, but for now let’s concentrate on the ‘real guys’ who put this thing altogether.

DF Concerts have been working on the ABLE2UK for months, I can only imagine the effort the guys have put in whilst I’ve been busy rounding up volunteers, reaching out for a compere and sending out hundreds of emails asking other people to do the hard work on my behalf. There’s another group of heroes which I need to mention as well – Holly and the amazing team at AMG – Otherwise known as the Academy Music Group. You know the O2 academy’s scattered around the country? They all fall under AMG and Holly is the Operations Coordinator and when it comes to accessibility she pretty clued up on things. Used a viewing platform at a festival and spoken to a friendly face? Chances are that’s Holly!

So, we have the acts thanks to a quick call to Prides who have agreed to open the show, the videos, an incredible team which includes the amazing James from DF and Aarti & Cameron who overlooked the press coverage (STV, BBC, BBC Worldservice…) there’s just one thing we don’t have…My strength to open this bloody cubicle door!

You see…I am currently in a public toilet. It’s 11am on show day and I have locked myself in a cubicle. I can picture the scene, in nine hours’ time a packed academy will be waiting for me to do my speech…And I will still be trapped in a toilet cubicle!

Fortunately Neil comes to my rescue and we can carry on our work over at The O2 Academy where a whole work-team are literally building a new viewing platform just for tonight’s gig. Extra seats are being carried in for those with physical impairments, signs are being mounted to tell guests with hearing loss a hearing loop can be activated throughout the night and I’m being interviewed by the national press. Have to admit, whilst I’m writing this article I still can’t believe how much this project has grown since that initial meeting a couple of years ago!

For some of the phone interviews background interference is a problem, don’t forget there’s so much construction going on besides me which will see the venue increase their wheelchair capacity from three to thirty spaces you’d be forgiven to think you were standing on a building site! To ensure Skype interviews are professionally carried out we head down to the corridor labyrinth below this iconic venue to suss out the quietest rooms. 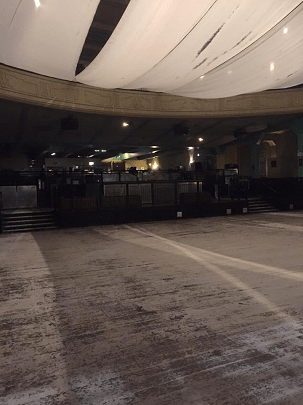 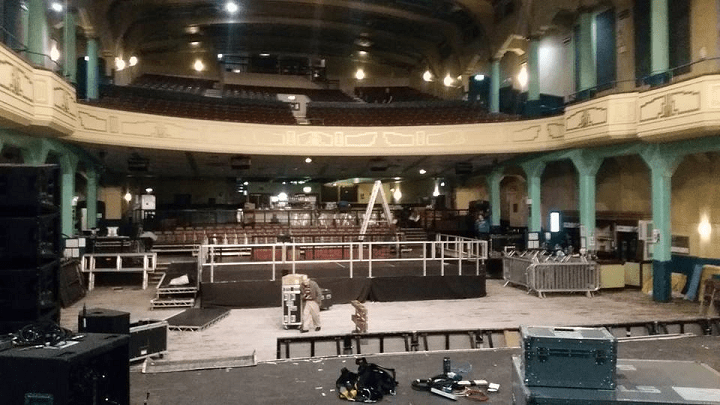 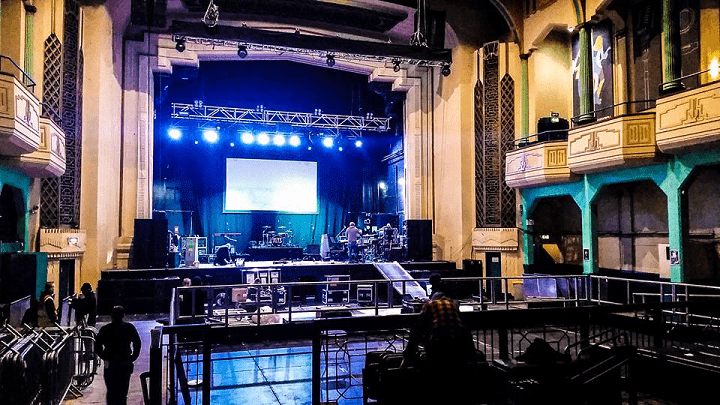 The viewing Platform being built throughout the day.

Our host for the evening, Gail Porter has also arrived and sound-checks are going well. Despite the anticipated nerves I have about addressing the 1,500 crowd later when I take to the stage just after 9pm plans are going as clockwork and the surprise message from Sir Elton John has been projected on the screen in time for the first wave of fans passed the doors at 6pm.

The next four hours or so are a blur. It’s impossible for me to really take in the actual concert, I am amazed how so many people have helped me put this dream into reality…But I’m still a bundle a nerves, I could still screw this whole night up with my speech. My parents are in the audience, my best mates are there, heck I even have two buddies ready to hear my words on a Skype call from Sydney. I need a friend on stage, granted Neil is by my side but apart from being my professional toilet rescuer he’s too busy making sure my speech is captured on film for posterity.

There’s only one buddy I can think of. I grab my phone and FaceTime Wahlberg, but there’s no reply. Then, just minutes before I go onstage he calls me back and watches my speech through my phone side of stage after Geoff’s introduction. The moment is splashed across the national papers the following morning alongside glowing reviews. 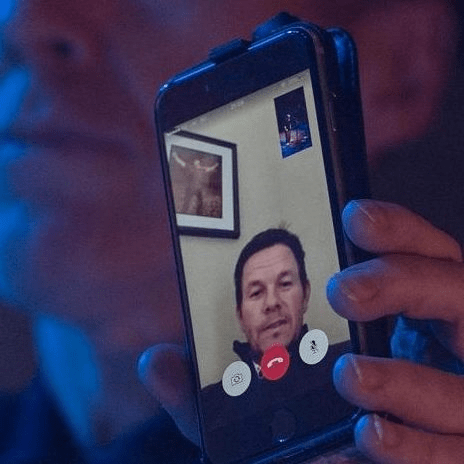 Wahlberg on FaceTime at the ABLE2UK Concert

Press coverage was amazing, the feedback was positive although above all there was one email which dropped into my mailbox twenty-four hours later which summed up why the event took place and the effect it had. The following words are from a mother who took her son to the ABLE2UK concert last Thursday…

I was at the concert last night with my family including my disabled son, Rob. I felt I had to contact you to thank you for contacting his school, Isobel Mair School in Glasgow to tell us about the concert. When I booked the tickets I had no idea how Rob would be as he's never been to a live concert before and I thought it would be something we would never go to as a family. Rob's "thing" is music and I realise that now more than ever. He absolutely loved both Kodaline and Hozier (we didn't make it in time for the other act) and his face was a picture of happiness the whole evening.

So, on behalf of my son and the rest of us thank you and everyone involved for this wonderful event. I know it took a huge amount of planning and organisation for which I congratulate you. I hope the relevant people have taken notice and perhaps there will be more events like this in future.

Thanks once again for making us feel like a normal family, we all had a wonderful time.

It’s the most amazing project I have ever been involved in and I pray it happens again, I’m totally up for staging another gig…Although next time I’ll find a more ‘accessible’ toilet before I arrive at the venue!

We asked you last week if you think more needs to be done to improve disabled access at music venues. Here are the results… 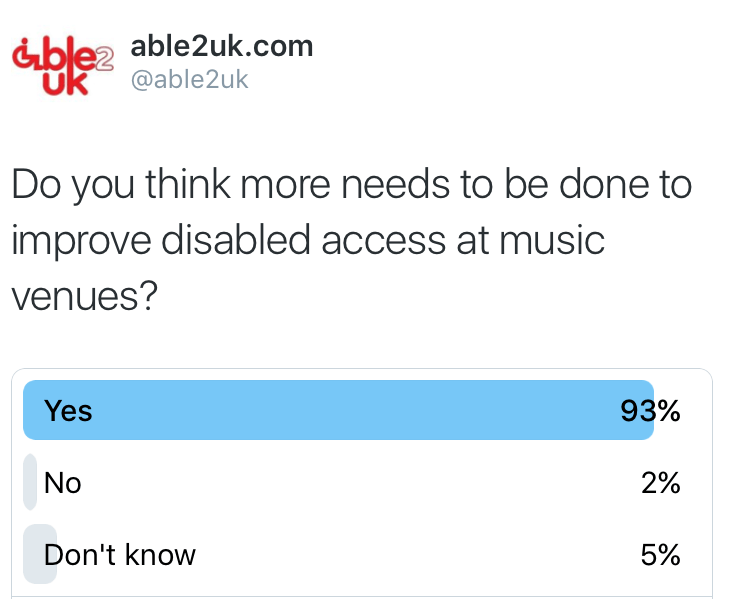 To view exclusive photos take a look at our Instragram Page.