A young fashion designer from Wales has cat-walked her way into the Forbes 30 Under 30 list for her unique designs made especially for people in wheelchairs.

Twenty Four year-old Lucy Jones launched her “seated design” collection to help people like her cousin, Jake who lives with hemiplegia ,his condition means he has trouble dressing independently.

Realising Jake’s struggles the young entrepreneur, who now lives in New York, designed a pair of trousers which could be put on by just using one hand.

Lucy’s fashionable concept has earnt her a string of awards in NYC including the Kering Award XStyle.com Award, the company is connected with Baleciaga, Stella McCartney and Gucci.

Being included in the Forbes list was a complete surprise for Lucy: “It’s quite unbelievable. I still haven’t got over it.” 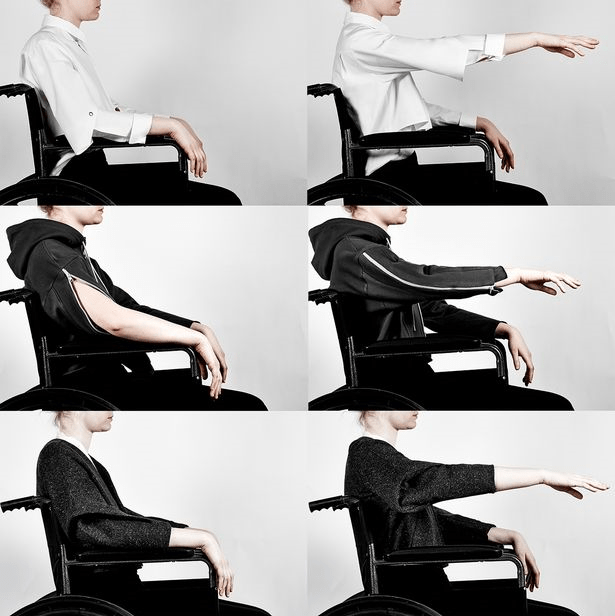 "I was up against some very well-known names, so it’s pretty overwhelming.

“I have always been interested in fashion but I never thought I could make a career out of making clothes.”

At the age of 19 Lucy won a place at New York’s Parsons College, other famous designers who have studied at this prestigious school of design include Marc Jacobs and Alexander Wang.

Lucy says the college is “number one in the world” and “There are people at the school from all over the globe, including India and China, and I was the only Welsh student to ever be accepted.

“No-one knew where Wales was when I arrived, so I had to explain to people that it wasn’t in England and that it had its own language.”

Her time at Parsons was dramatically cut short when she suffered kidney problems forcing her to return to Wales. As soon as she recovered Lucy attended to Parson’s sister school in Paris before she went back to New York where she took a Design Communication class at Parsons.

Her assignment was to “Design a project that could change the World”.

Lucy spoke to United cerebral palsy in Manhattan and Brooklyn where she reached out to over a hundred disabled people which helped her understand how their clothing fits and detailed measurements.

The designer believes when it comes to fashion, disabled people are often overlooked. She has now designed new styles of buttoning, fastening and joint arrangements.