Between 2008 and 2013 RJ Mitte was better known as Walt Jr. son of Walter White in the popular drama Breaking Bad.

The 22-year-old actor, who has cerebral palsy, branched out into the world of fashion earlier this week when he strolled down the catwalk at the Vivienne Westwood show in Milan.

The top which turned the most heads saw a pair of breasts plastered across the front. 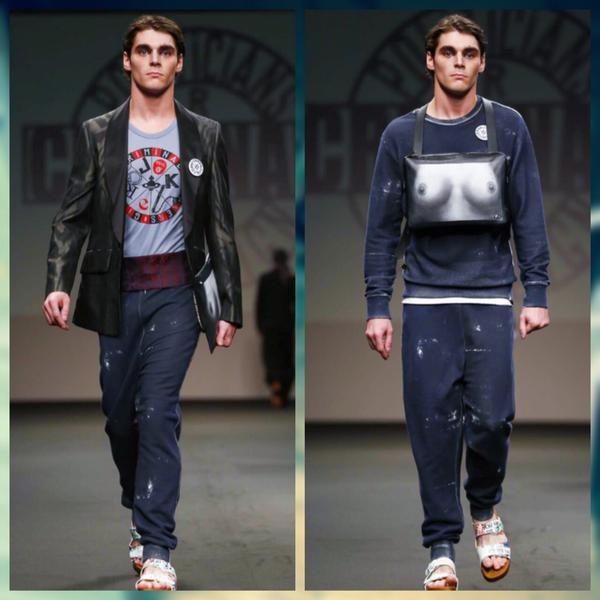 Mitte himself posted a selfie following the show with a caption which read ‘thank u 4 having me!’