With London Fashion Week launches today so we thought it would be ‘in’ to bring to the fore a few models who have changed the way the industry has become more open to people with disabilities.

It’s still a cut throat business, speak to a designer who is still yet to be known just by their surname and chances are they will probably tell you the fashion industry isn’t all glam and showbiz parties.

For years disabled people have been shoved into a changing room with a pulled curtain, but thanks to models such as these things are starting to change…

Also known as Cacsmy Brutus, Mama Cax (pictured above) overcame aggressive bone cancer when she was a teenager.

She told Huffpost: “Here I was at 16 years old, covered in scars and missing a limb. I did not feel pretty.”

Salvation came via Alleles, a firm which manufactures trendy prosthetics for amputees. Thanks to their work Cax found her self-esteem which she had lost growing up.

Mama told Glamour: “As my confidence grew, so did the way I approached beauty.

“I started wearing more makeup, playing with colors and trying to be bold. That’s a very big deal as a black woman.”

The model also runs her own blog which focuses on self-love and beauty. 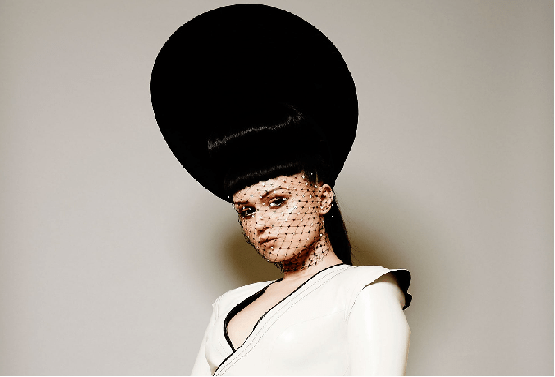 Being born with a noticeable birth defect on her leg was still an issue for 12-year-old Modesta. She may had just walked down a catwalk for the first time, but she was still conscious of her physical appearance.

“I did a few shoots, but it was so depressing,” Viktoria told The Fashion Spot. “I couldn’t even get into a pair of heels. I felt like someone had released me too early – that I was unfinished.”

The leg was still an issue for Modesta when she turned 20. Surgery after surgery hadn’t been successful so she decided to have an amputation.

“After my operation, everything changed. I felt like I needed to see my leg from the outside and understand what it really meant. The rest of my profile was elevated because of it,” Viktoria explained.

In 2012 the model landed one of the most prestigious gigs in the world when she performed at the Paralympic Closing Ceremony and this time there was nothing whatsoever to feel conscious about! 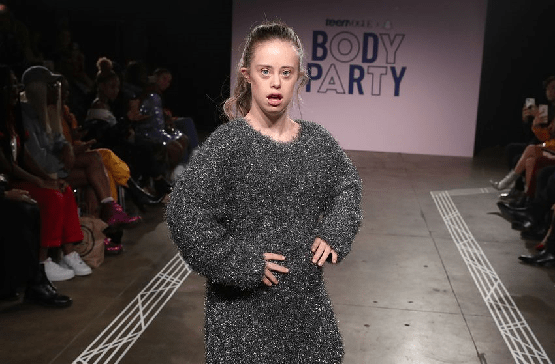 When doctors told Chelsea’s parents their daughter had weak muscles after she was born with Downs Syndrome, chances are they didn’t expect her to become a World Champion Gymnastic, but that is exactly what she did.

Not content with picking up trophies Werner started to broaden her horizons by going into the fashion industry.

She told Studybreaks.com: “I still enjoy [gymnastics] but it’s not my entire life. I got some great modelling opportunities through my gymnastics and discovered I really loved it!”

Already ticked off Chelsea’s list are a cover shoot for Teen Vogue, working with established brands and walking the catwalk at New York fashion week.

Just goes to show a disability should never hold you back! 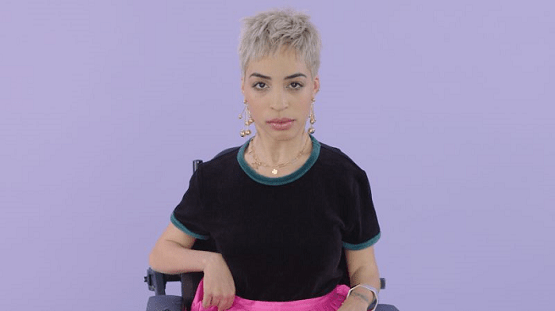 Being diagnosed with muscular dystrophy at the age of 13 made the young Jillian feel like an outsider when it came to fashion.

She worshipped the likes of Kate Moss and Naomi Campbell, but there was nobody she could compare herself to.

Mercado told Posture Magazine: “When I had the realization that I didn’t see anyone in the magazines that looked like me.

“I was like ‘Oh, well, maybe there is and I just don’t have that magazine.'

I feel like a lot of people look at people with disabilities and instantly categorize them into this tiny box.

She added: “I am human just like you. I am just as capable as you and I don’t ever want or need pity.”

Determined to become a name Mercado’s determination landed her a deal with Diesel, but she didn’t stop there. Jillian has also become an activist for disability awareness and has worked with Nordstorm as well as Beyoncé’s activewear line, Ivy Park. 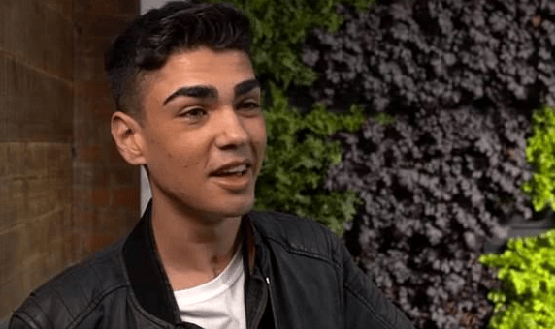 Rafi’s life dramatically changed when she was 12.

After suffering a stroke at such a young age he had to learn how to do simple things such as talking, walking even how to blink over again.

When he was back on track after five or six months Solaiman gave himself a new challenge, he may still have a slight speech impediment and relies on a walker, but there was something he always wanted to achieve and that was to become a model.

He told Barcroft TV: “Modelling has helped my confidence in a lot of ways. When I have my photo taken I feel alive and when I go to a shoot I am looking forward to it.”