MK Model Management, run by Inger Moss, has taken on cancer survivor Elesha Turner. The 23-year-old from Hastings was diagnosed with bone cancer in 2013.

After intense surgery Elesha had the bones in her leg replaced by titanium. Following gruelling rehabilitation she managed to walk again, although the surgery has left her with scarring.

Whilst she was recovering in hospital Elesha reached out to the founder of Models of Diversity (MOD) Angel Sinclair. The agency were at New York Fashion Week when they heard about their potential new singing. 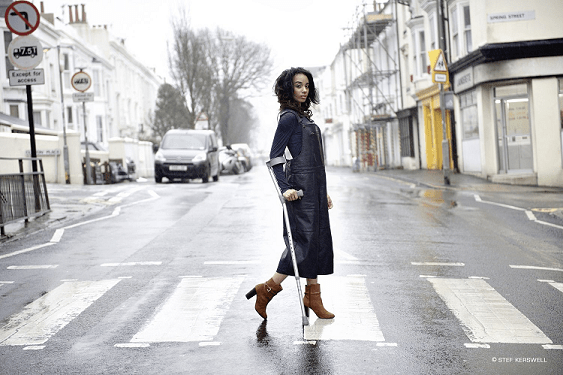 Elesha's photo from a photo shoot

Stef said: "Why should Elesha’s disability prevent her from doing what she wants to do?

"We are very happy to have Elesha join us and hopefully it will set a precedent for other agencies around the country.

Elesha added: "It's an amazing opportunity, and I'm just really grateful they have chosen to take me on.

"It sets a real mark to make other agencies follow suit and do the same thing."