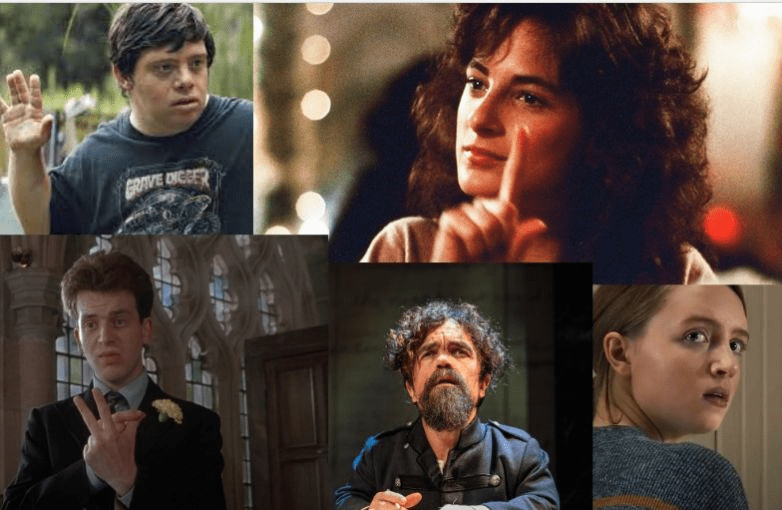 It’s unfortunate that in 2023 we are still writing an article about the lack of diversity in films when the attention is drawn towards disability.

We scoured the internet to come up with a handful of movies which champions those with physical limitations which are available now on various streaming channels.

Zach Gottsagen plays Zac in this gripping drama centering around a boy with Downs Syndrome who escapes from his assisted living family after being cut off from his biological family because of his disability.

He sets his sights on becoming a professional wrestler and forms a friendship with Tyler [Shia LaBeouf] who is also on the run.

Kiera Allen’s character, Chloe, is stolen just minutes after being born in a maternity ward by Diane [Sarah Paulsen] after her own baby dies at birth.

Chloe goes on to develop a disability in her adolescence which requires her to use a wheelchair, but there’s another life-changing moment ahead when, at the age of 17, she finds out the shocking truth and tries to escape.

Children of a Lesser God - available on Amazon Prime

This flick is pretty popular. It focuses on a tempestuous relationship between a woman with hearing loss [Sarah played by Marlee Martin] and a hearing man who uses American Sign Language to communicate.

Marlee put in such an awesome performance she won Best Actress at the 59th Academy Awards.

Peter Dinklage, who was born with dwarfism and best known for his role in Game of Thrones, stars in this film based on Schmidt’s 2018 stage production based on the 1997 Edmond Rostand's play Cyrano de Bergerec.

The plot centres around reallife cadet Cyrano de Bergerac who has a gift for musical talents, but was born with an obnoxiously large nose which makes him feel insecure.

Four Weddings and a Funeral - available on Amazon Prime

Bower studied drama at the British Theatre of the Deaf which saw him land a part in one of the most famous romantic comedy dramas of all time!

[ Information for this article was taken from the Disability Horizons website. ]