McClure revisits the One Dementia Choir 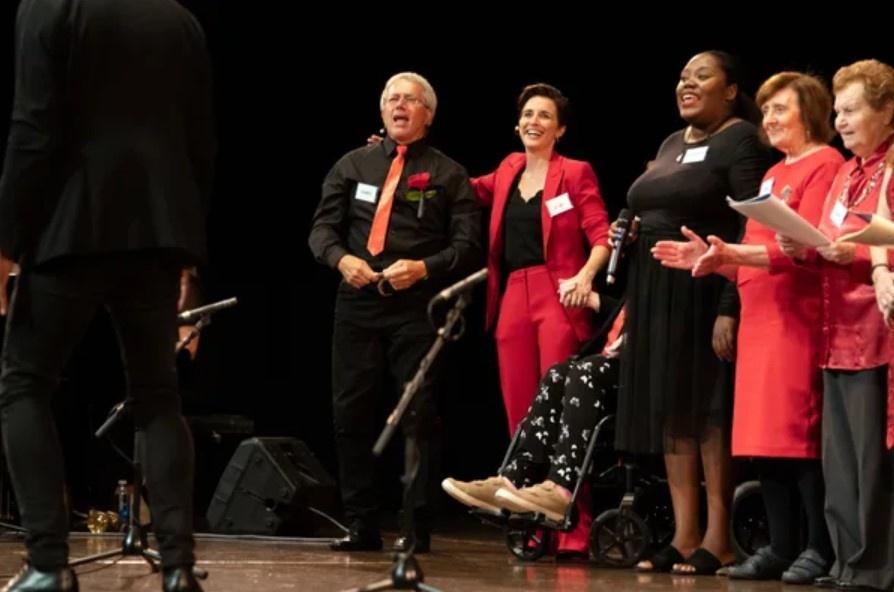 Vicky McClure says she is overwhelmed by the “phenomenal” reception she received from making her BBC documentary about a choir formed of people living with dementia, but believes more needs to be done to support those living with the illness.

The 39-year-old actress sees dementia as an “almost forgotten disease” expressing her concern for families trying to afford care for their loved ones amidst the cost of living crisis.

McClure launched the One Dementia Choir in 2019 in memory of her late grandmother Iris who was diagnosed with Alzheimers.

The first documentary saw the choir perform in front of 2,000 people at Nottingham’s Royal Concert Hall, a follow up mini-series hits our screens next week.

“People’s response to the TV show has been phenomenal, but it’s also really frustrating because there’s still so little funding for people with dementia,” McClure told Radio Times magazine.

“I wish I could find a cure, but I can’t, so my mission is to create noise for people living with dementia.

“Dementia choirs are not only cost-effective, but they are also scientifically proven to help.”

In One Dementia Choir Sings Again the two-part mini-series sees McClure catching up with members of the choir as they welcome new members.

The first episode follows the choir recording a charity single at the prestigious Abbey Road Studios, which is scheduled to be released to coincide with the show.

McClure went on to point out dementia can affect people at any age, not just the elderly which many people often tend to perceive.

She appreciates how the cost of care is affecting families through these financial times.

“The cost of care for dementia is extortionate,” McClure told the publication.

“People will be struggling with energy bills and then wondering if they can afford to put a loved one in a care home.

“I’m really, really scared about how this will play out.”