If you have watched Chris Hemsworth’s latest movie, In the Heart of the Sea don’t tell Cecilia Turk what happens at the end.

The 32-year-old from Waterlooville purchased tickets for the film at the Cineworld multiplex at Whiteley Shopping Centre, Hampshire on January 9 but was asked to leave the venue thirty minutes into the screening.

Cecilia has cerebral palsy and uses a wheelchair, despite using a designated bay at the front of the auditorium her neck was starting to ache, so she moved to a more comfortable location in the aisle.

Ms Turk, who has a masters degree in accessibility and law was told she was a ‘fire hazard’ and was asked to leave the premises by one of the ushers.

Cecilia said: ‘They asked me to leave because I was a fire hazard. Everyone was looking at me.

‘The incident made me feel intimidated and discriminated against.’

She complained to the manager who gave her a refund. 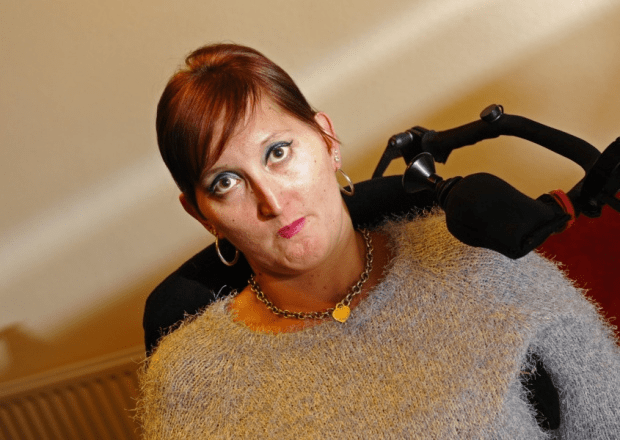 Cecilia is now campaigning for all Cineworld staff to attend specific training for disabled customers and asking why the cinema, which has recently been opened, wasn’t built with suitable accessibility.

Ms Turk went on to say: I’d like to see Cineworld made fully accessible and legal like all of the other cinemas.’

With the Oscars and the BAFTAs around the corner we are handing out our own accolade to the Whiteley cinema…unfortunately for them is the ABLE2UK Loser award.

We asked you if you thought the usher who asked Cecilia to leave the premises should be sacked. 40% of you said yes. 43% thought they should keep their job and 17% didn’t know. 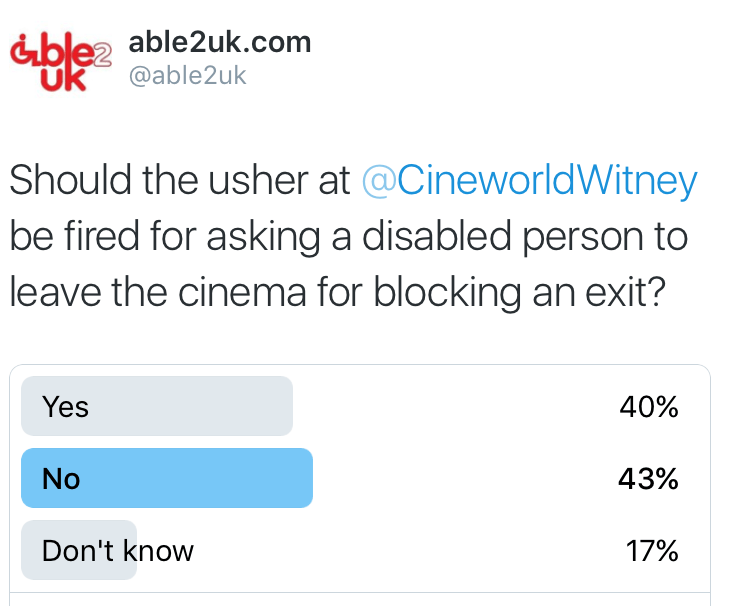