The father of a disabled daughter was so upset she didn’t have any friends to play with he quit his job and built her a theme park in San Antonio, Texas.

Gordon Hartman sold his property development company in 2005 so he could build an accessible ‘Wonderland’ park for his daughter Morgan who lives with autism.

Morgan is 23 although doctors say she has the mental age of a five-year-old.

Despite costing $34m (£26m) Gordon and his wife Maggie say it was worth every penny. The theme park named after their daughter features a Ferris wheel, playground areas, miniature train and a boat ride spread across 25 acres. 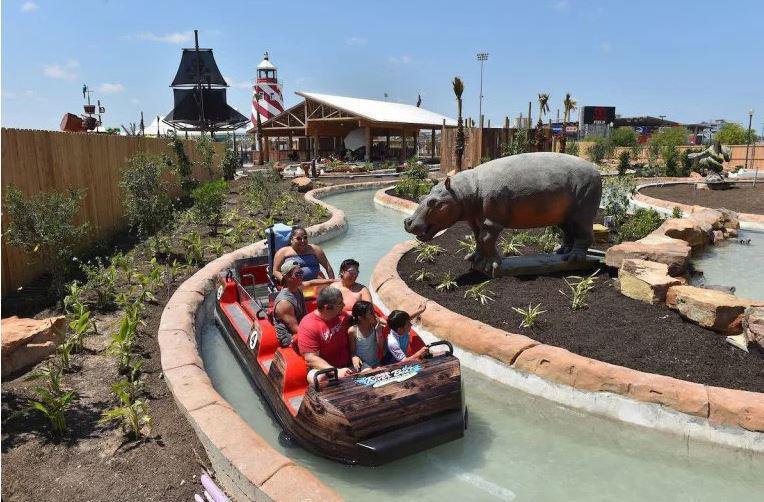 Mr Hartman told The BBC: ‘First she would stand near it (carousel), then she’d get on an animal but we wouldn’t start it. It was a slow process but now she loves going on it.

‘Overcoming something she was scared of meant a lot to her. Little things achieved in play can make a big difference.’

His favourite attractions in the park are the swings and the sand zone.

At first Morgan was a little cautious riding the carousel, which is accessible for wheelchairs, but she soon became familiar with the ride.

He said: “First she would stand near it, then she’d get on an animal but we wouldn’t start it. It was a slow process but now she loves going on it.”

The park receives more than a million visitors from all over the world, but despite its popularity the attraction loses about £750K a year.

This year the Wonderland opened a new water park next door to the main theme park which uses warm water so it’s more adaptable for children with muscular conditions.

A quarter of the visitors who have been to Morgans Wonderland do not have a disability.