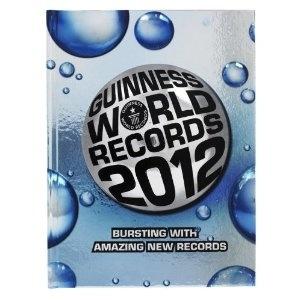 The 2012 Guinness Book of Records is launched today so to tie-in with this annual publication we thought we would highlight some amazing world record feats achieved by wheelchair users.

The longest time somebody has been confined to a wheelchair is 76 years, 173 days the poor receipt of this record is William Borrelli (as of 21 November 2008)

Thomas Geierspichler wheeled away from the men’s T52-class marathon with a world record completing the course within 1 hr 40 min 7 seconds.

American Aaron Fotheringham rolled off a 60 cm ramp in Rome on 24 March landing himself with a new world record.

The first person to successfully pull off a backflip in a wheelchair was Doc Romeo on 25 November 2008 in Las Vegas.

Pushing a wheelchair can be hard work, especially if you were participating in the event held by the Cumbria Cerebral Palsy Society on 8-9 September 2000 where 75 volunteers pushed a wheelchair over a record breaking distance of 386.2 km (240 miles)

Wheelchair basketball is fun to watch, but if you witnessed the game on 24-25 September 2004 by the staff and students at the University of Omaha at Nebraska you would have been there for a long time, it lasted 26 hr 3 min – the longest wheelchair basketball game in history.

It’s one thing pulling a wheelie on a bike, but in a wheelchair? Covering 16.12 km (10.016 miles) that amazing feat belongs to Michael Miller who managed to pull of the incredible stunt on 8 August 2009.

Indian Gulshan Kumar probably felt quite giddy on 23 February 2011 after spinning his manual wheelchair 63 times in one minute achieving a new world record.

The first time a wheelchair marathon was introduced into the Paralympics was in 1984 when the games were hosted by Stoke Mandeville in the UK and New York.

The British Disabled Flying Association based at Lasham Airfield in Hampshire, UK pulled an aircraft weighing 65.17 tonnes (143.675 lb) over 100 metres on 6 September 2008, the heaviest aircraft to be pulled by wheelchair users.

The fastest time the New York Marathon has been completed by a female wheelchair user is 1 hr 52 min 38 seconds by Edith Hunkeler from Switzerland on 4 November 2007. The men’s title is held by Australian Kurt Fearnley who completed the course in 1 hr 29 min 22 seconds on 5 November 2006.

You can find hundreds more world records in The Guinness Book of Records 2012 out now priced a record breaking £20.00.