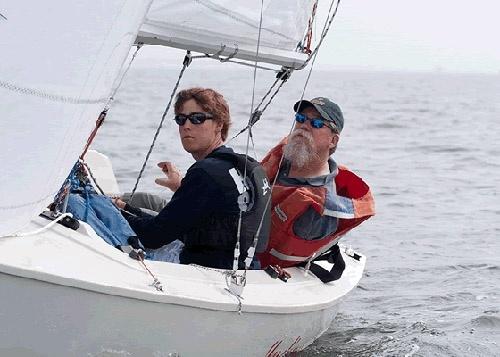 Sailing enthusiasts will already know the annual Cowes Week is currently taking place on the Isle of Wight. The event which dates back to 1826 is one of the longest-running regattas in the world which sees 40 daily yacht races comprising of a thousand boats and 8,500 competitors. This year the event’s chosen charity is Toe in the Water...

The charity supports injured men and women to overcome their disabilities and enjoy life by taking part in adventures at sea. Some of the people the organisation helps have experienced traumatic and life-changing accidents which in some cases have left them without limbs. The budding sailors compete against each other with their able bodied contemporaries. For more information go to toeinthewater.org

For the less competitive The Disabled Sailing Association offer short cruises lasting two to three hours, they also organise longer sailing activities around coastal passages. The charity has volunteers’ helpers. The DSA’s first sail took place in 2006, a year after the charity was launched by disabled people and thanks to a lottery grant the charity has substantial safety equipment, life jackets and a Disability Awareness training course. Another gracing gust of wind came in 2007 when the DSA sailed away with the Big Lottery Fund Peoples Millions competition in November 2007, their winnings were spent on a new Hanse 350 which has been adapted for wheelchair users. For more information go to disabledsailingassociation.org.uk

Internationally one of the most established sailing groups is the International Sailing Federation which first put up their masts back in October 1907, then known as the International Yacht Racing Union before changing its name on 5 August 1996. The IFDS run events for disabled people throughout the year and most of the boats they used are suitable for those with special needs. Next year the ISAF will be heavily involved with the Paralympic Games, the Sailing Competition takes place at the Weymouh and Portland National Sailing Academy between 1 September 2012 and 6 September 2012. For more information go tosailing.org