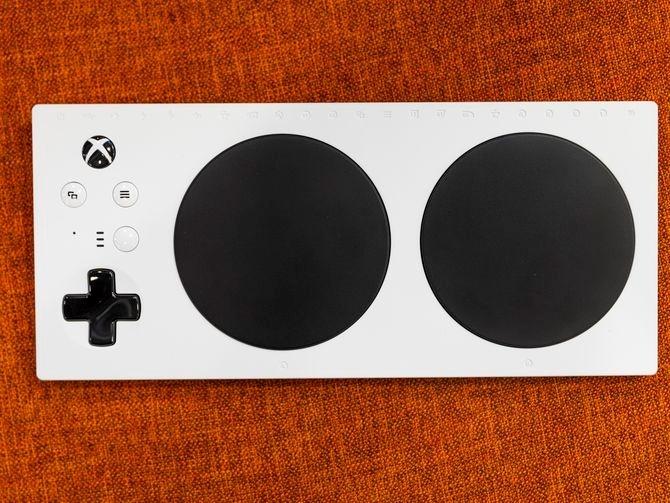 For some it’s game over before they even pick up a controller. But thanks to a new accessory from Microsoft shooting baddies and exploring open-worlds could become a hell of a lot easier.

The technology giant has recently unveiled a new controller for the Xbox which can be customised for players with various levels of disabilities.

Teaming up with The AbleGamers Charity, SpecialEffect and The Cerebral Palsy Foundation the company has produced a flat controller which has two large circular buttons, several accessibility ports and a couple of USB ports.

The two buttons can be controlled by the players feet when the console is placed on the ground and the controller can be attached to wheelchairs and mounted on tables.

There’s also an option to fix a one-handed joystick and one which can be operated by using the players mouth.

Unlike standard controllers users can choose where the buttons are placed, for example if they want to move a trigger near one of their elbows they can place a trigger in the desired space and plug it into the relevant port.

To promote the controller Microsoft has reached out to Muscular Dystrophy UK. Director of campaigns, care and information for the charity, Nick Bungay said: "Microsoft's new Xbox adaptive controller will make a real difference to disabled people, particularly those with a muscle-wasting condition whose movements will become increasingly limited over time.

"We know from our own research that video games are important to many disabled people.

"It allows them to socialise and compete with others on an equal basis, which has a positive effect on their well-being.

"Despite this, more than one in three young, disabled gamers told us they feel excluded due to a lack of accessibility.”

He added: "By working in partnership with Microsoft, we hope that today marks the first step towards a more inclusive video gaming culture."

The controller will go on sale later this year priced £75 from the Microsoft’s website.