Under normal circumstances taking a call before a meeting would seem inappropriate especially for those who have travelled a fair distance to meet you. But this is under no ordinary circumstances, the guy on the phone goes under the name of Lewis Hamilton and this call is important.

It has nothing to do with his career, a Formula One racing driver where he holds the title for being the youngest ever F1 champion. Nor has it much to do with the commercial he is about to film for Tag Heuer watches straight after our interview. The reason why this call is so important is because he is talking to his girlfriend, Nicole Scherzinger (from the Pussycat Dolls.) So with this mind and for the fact that Lewis had to reschedule a meeting because of us we should be thankful that we currently find ourselves in the presence of the F1 legend upstairs at the McLaren Technology Centre in Woking.

In prior to our interview we have been given a guided tour around the McLaren building, just over an hour ago our excursion commenced with a display of vintage racing cars before taking us to a glimpse into the future where we witnessed the initial stages of Lewis's car for the 2011 season, MP426. Lewis actually asks us of our opinion of his new racing machine, because he has yet to see it. We reassure him that he won't be disappointed.

Lewis himself is a true gentleman. A calm, polite lad from Hertfordshire, who, some would say, is the luckiest guy on earth. As soon as we meet him after his helicopter lands in the Centre grounds it's plain to see that he is just your ordinary twenty five year old, apart from the fact that the Red Button he presses during a Grand Prix is found inside his F1 racing machine as opposed to the top right hand corner of your television set. Well, there are probably quite a few more comparisons, but for arguments sake take a break from the fast lane and start our interview...

What has been the scariest moment of your career?

If I'm honest since I was kid I don't really have many scary moments. Probably the scariest moment would be outside of my career like, spiders. When I'm in the car I don't have scary moments, you have moments of worry coz just in car I'm fearless in a car. I've always been fearless in the car and think this has always been a benefit for me you know.

Have you had a very near lose moment?

Oh yeah, I've had tons, absolutely tons. The last biggest moment I can remember was, it wasn't a big moment in terms of correction or anything, but I went in spa when I was leading a race and you can't see where it's raining most or less and it was quite grippy to this corner and then the next one just locked the wheel and went straight on, touched the wall.

What cars do you have in your home garage?

Well, firstly I live in an apartment block. I've just moved from Geneva to Zurich in Switzerland and I've got an apartment but anyway, the apartment I have is fantastic and I'm very rarely there so to have a big house would be a waste but the apartment block I've got 4 parking spaces and I have 2 Mercedes, I have a GL Mercedes, a big thing, so I can put my bike in the back and all the other stuff. I have a CLK Black Series. I like the Black Series and then the Nissan GTL.

Have you got a Nissan GTL? Standard, new one?

The new one wicked.

Are you going to wind the boost up a bit?

I tell you what, I like the car so much I want to keep one basic and then have one that is raging round the track, so I'll get one done.

Have you driven it much?

Last week at the Dublin Grand Prix, the kind of press you've had over the past few weeks. Has it been tough for you? What do you say to your fans about the recent publicity?

It's difficult, I'm the hardest critic on myself, I don't read papers. I don't really listen to what's been said about me or my performances. However, my own criticism on myself is the most critical and hardest and for me, I've been racing all my life as far as I remember and there's some, you can only call them mistakes because they've happened but you know, you get in position and there's no other, I don't blame others, at the end of the day if I hadn't done a certain part I wouldn't be in that position. So I've been very unfortunate, I've lost 2 Grand Prixs but I was in 4th place in both those Grand Prixs, that's 24 points and so I can be very, very angry at myself but it's done and dusted, I can't do anything about it. All I can do is attack the next few races and hope for the best.

Do you ever just get in the car and just feel like doing a fun lap?

The thing is, every lap is fun! In F1 it's no fun doing it drifting. You don't drift, you want to take the corners fast as you can so that's a challenge and every lap is so much fun. It really is, as soon as you go out and practice, do 3 laps just each lap gets more and more fun the faster and faster you get. It's insane but it's not very forgiving, the car. As soon as you snap out you go wow!

What experience do you have with people who have disabilities?

I've got quite a good experience. Since I was 7 years old my brother was born with cerebral palsy and guess there's different levels of the severances but I grew up with him clearly and seeing him through his struggles and seeing how he gets up and just is motivated and motivated. He's been a big inspiration to me. My cousin was born with a hole in the heart and then she had brain damage so she also has a real mixture of things. Working with lots of kids and meeting lots of different kids with disabilities so I think I've witnessed it and experienced it but obviously I can't say what it feels like but I've been as close as I could possibly be to the closest person, being my brother.

I haven't seen it. I remember doing the measurements and everything for it but I've only seen a picture they sent me.

Publicist: It is incredible.

Lewis: They said it was pretty good.

You've had an amazing achievement last year, I got this fact off Wikipedia, (so hopefully it's correct) in 2009 you received an MBE , how was it meeting the Queen?

Lewis (to his publicist) I got invited to go down to collect the MBE. Was that meeting the Queen?

Lewis: It was quite cool meeting the Queen, I have to say.

You know what, I was nervous but I watched "Mr Bean" when he head butts the Queen when he meets her and they said to me what I had to do. You gotta walk 5 paces forwards, turn left, bow, walk 2 or 3 paces, bow and I could just imagine in the queue, Mr Bean!

This is a quick Pop Quiz - one simple question - name 4 tracks off the PussyCat Dolls album "Doll Domination"?

The only time you ever can really do that, in a race, there's no testing. When there is testing you've got to work hard. I work for a multi-million dollar company and they do not take messing about and we have 7 days in the Far East. Every second that you spend on that track. So it's very, very, very serious. But the only time that you do get to have real fun with that power is when we do like a demonstration and that's when you're blasé and you burn-out, burn-out and you know, you really get to just. The thing is, the car has got so much power 20% throttle, so from 20% to 100% there's no fun to have there really.

We've got one final question; describe Fernando Alonso in 5 words.

You're trying to get me in trouble aren't you?! I guess I would have to say "he's Spanish, dark-haired, he's got a very big neck, fast and very competitive".

After the interview Lewis adds his contribution to the ABLE2 book, if you are interested to know what he would do if he was able2 do anything drop us a quickemailThis e-mail address is being protected from spambots. You need JavaScript enabled to view itwith the title 'Lewis'. There's also one more important thing he has to do, more important then organising his next movement, which involves travelling to Korea for the next Grand Prix. Even more vital then making sure that MP426 model is up to his standards when he goes downstairs to check out his new racing machine. Lewis has to call back Nicole, maybe he can ask her for the name of two more tracks off her current album with the PCD, on second thoughts it's best to keep quiet, don't ya think? 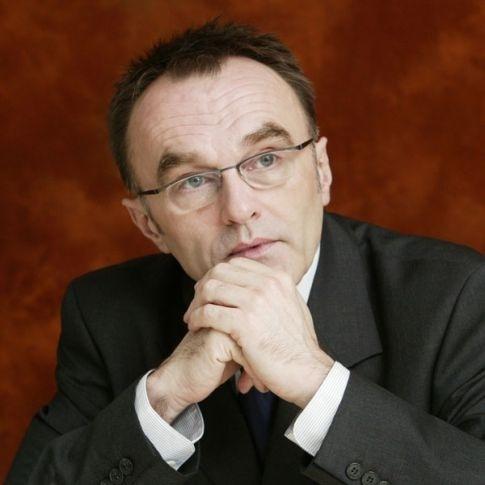