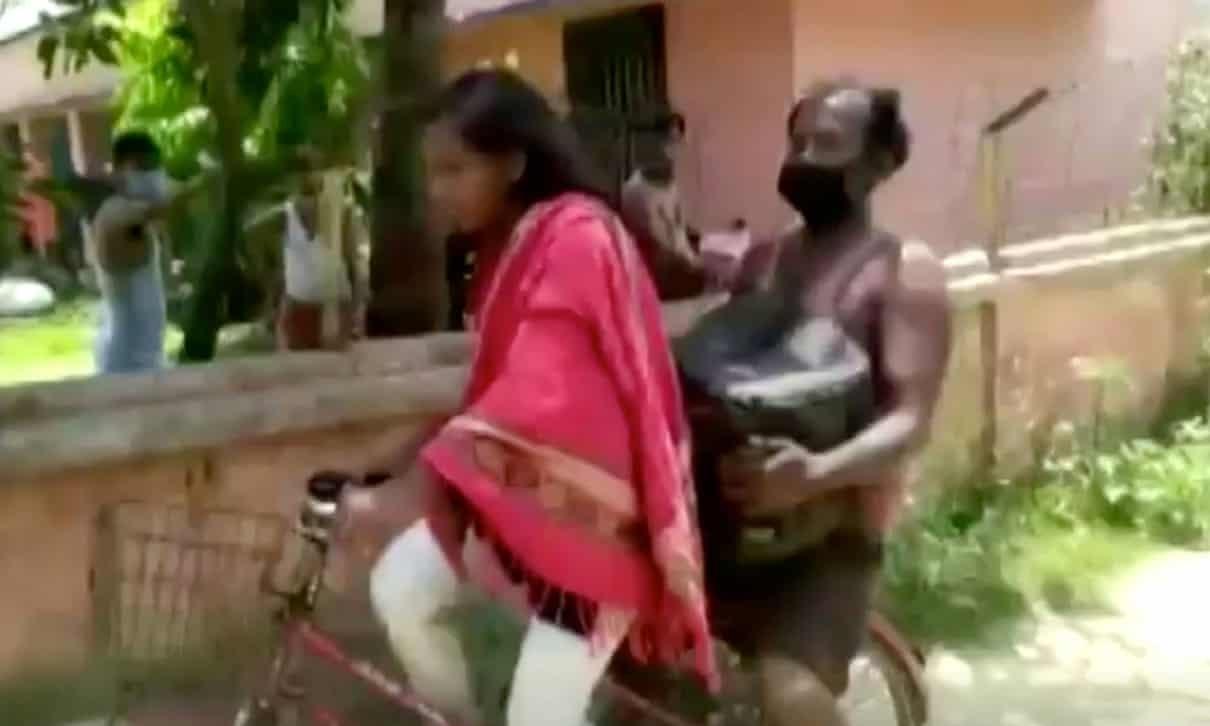 A 15-year-old girl from India has cycled 745 miles to help her disabled father who has been struggling through the COVID-19 coronavirus lockdown.

Jyoti Kumari said they were in danger of starving to death after her dad’s job as a rickshaw driver folded when the pandemic reached their home city of Gurugram, New Delhi.

Kumari’s dad was threatened with eviction by his landlord when he could no longer pay the rent after he was made redundant.

Knowing they had to be reunited by the rest of their family in Darbhanga, Bihar, to survive Jvoti bought a bicycle so they could make the ten-day perilous journey back home after Gurugam went into lockdown on March 25.

Along the way strangers gave the cyclists food and water as they persevered in the boiling temperature.

On Sunday Jvoti told The Guardian: “It was a difficult journey. The weather was too hot, but we had no choice. I had only one aim in my mind, and that was to reach home.”

Kumari’s father lost the ability to walk after a serious accident, despite his limited mobility he had manged to earn a living with the rickshaw business.

When he was reunited with Kumari’s mother and brother-in-law he was put in a quarantine centre abiding by the country’s policy to keep locals safe from the virus before he was permitted to continue the isolating period with his family at home.

Hearing about her courageous trip The Cycling Federation of India, which sends teams to the Olympic Games, has offered Kumari a free train journey back to New Delhi next month for a “tryout”.

The teenager was grateful for the jester and recognition but she says “It was a decision taken in desperation.”