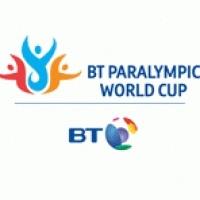 They say swimming is one of the best forms of exercise, especially if you have physical limitations.

Although if we are truly honest to ourselves trekking down to the local pool, persevering with that pound coin until it finally slips into the locker and swimming the length and breadth of the pool itself is bloody hard work.

With this in mind the chances are you may catch the ‘lazy’ staff members of Able2 this weekend participating in their own form of aqua involvement, lounged in front of the telly watching the BT Paralympic World Cup.

Channel 4 will be showing live coverage of British swimmers preparing for the IPC European Championship on Saturday.

The competition, being held as part of the Paralympic festival in Manchester is an important one as not only is the contest the last main event before July’s European Championships being held in Berlin but as competitor Eleanor Simmonds explains “The Paralympic World Cup is a key competition for me and will help my preparations for London 2012 where I hope to defend my titles.”

The Paralympic World Cup is on Channel 4 at Noon on Saturday 28 May.