ShaoDow is a budding new artist inspiring to make a name for himself in the music industry, despite living with a speech impediment. The up and coming singer writes exclusively for ABLE2UK about his work and how he strives to overcome his disability...

“It's no secret I have a lisp. Growing up with it, especially during my formative years at school however was incredibly difficult.

When you have something different about you, no matter how big or small, some people have a way of making you feel bad about it.

Thinking about it, it's funny that my job and the thing I love doing so much is so heavily reliant on my voice and my ability to communicate with it.

But I think that's the key point. I had to take something I considered a major weakness and turn it into a strength.

It's not as simple as it sounds though, I had to change my entire mental perception of the way I talk. And that's a long, slow process.

I learnt (and I'm still learning) to not allow someone else to define what is good and bad about me, where my strengths and weaknesses lie.

That's for me to discover. Now my lisp is as integral to my music as my lyrics and flow.

I've performed at Reading Festival, had airplay on Radio One, been the main feature in a TV documentary, sold over 15,500 CDs to date, and my latest album Kung Fu Hustler reached number 31 in the iTunes hip hop charts.

I've pushed forward, proud to be an independent artist, partly to prove to myself that I could succeed but also to disprove those who refused to believe in me. 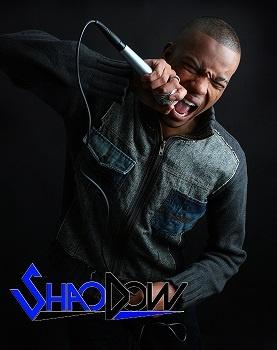 But somewhere along the way the mission changed, suddenly young people were telling me that what I had done/was doing as an independent artist was inspiring them to take a similar path with their music and art.

In all honesty that means the world to me, to know that I've been able to inspire someone using something I hated so much. My voice, well that's something I never could have predicted.

So, if there's one thing I could say to anyone going through what I went through it's not to let others define you. You discover who you are and what's good and bad about you.

Sometimes the things that are most different about you are the same things that give you your best qualities.”

For more information on ShaDow visit his blog and his official website.

Or you can order the full studio album Kung Fu Hustler here- https://itunes.apple.com/gb/album/kung-fu-hustler/id711838431