Two good friends, one a personal trainer, the other his client, and both singers from completely different genres are both through to the National Grand Final for Open Mic 2014.....and this is the story behind their inspiring journey. 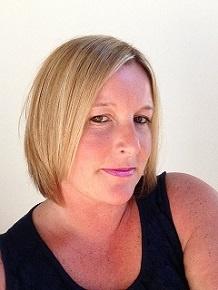 I suffered from depression for years from the back end of losing my mum to Breast cancer. Following this I piled the weight on and lacked severely in confidence. It was hard for me bringing up two young boys as they were very demanding, I hid behind my depression and weight to the point where I no longer wanted to be here. Enough was enough so I went for counselling and started physical training with Jordan a year ago. I have lost a lot of weight with Jordan's help and he doesn't just physically train he understands the psychological effects that have been a factor of my weight gain.

We have become very good friends and I believe it's fate we've met. Not only do we both enjoy singing we both were born and bred in Burntwood. Jordan has pushed me all the way, is my rock, and I can't thank him enough for all he's done for me. Our journey started this year when we decided to audition for the likes of X factor and The Voice, we call it our road trip and have never given up. It's amazing what we've both achieved getting through to the National Final of Open Mic UK! What ever happens this has changed my life already. 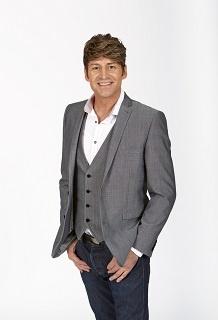 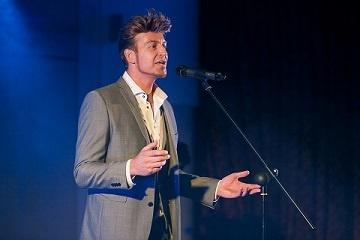 At the age of 12 I decided that singing was going to play a huge part in my life and at 17 I took my first steps on stage. I remember being terrified by the audience.

It wasn’t until much later that I took my voice and love for music to a recording studio, intrigued to hear what my voice would sound like recorded professionally.

At the age of 31 I took all my experiences and from them began to write my own songs, this helped me to create my first album. After being let down and disappointed by a small independent recorded label I quickly fell out love with music, and I stepped away from the mic and music for many years.

Alison and I met in November 2013 after she had contacted me to help her lose weight. Unbeknown to us our journey together was about to begin from the second I walked through her door.

The affects of weight gain can have a huge impact on an individual’s life. Helping Alison to understand about nutrition, exercise, lifestyle and wellbeing was crucial in helping her combat the many issues that had affected her physiologically, and how in-turn this had lead to her lack of confidence, depression and weight gain.

Slowly but surely she followed my advice and guidance and began to believe in herself again, she became fitter, stronger, and healthier. For many years she had fallen out of love with herself; but this was about to change forever.

We discovered that we had very much in common, we knew the same people, our families had crossed paths in years gone by, and we had also lived and were born in the same area. Discovering that we both had a passion for music was the icing on the cake! We decided that help us both grow stronger, and to rekindle our faith and love for music that we would take road trips and audition for as many singing competitions as possible, Open Mic UK being one of them. As we auditioned we both grew stronger in confidence and learned a lot more about the music industry; but above all we had fun.

After falling out of love with music for many years I have began to believe in myself and I realised that I was capable of doing much more than I had ever imagined. I would never have started on this musical journey without the support of my friend Alison. I have helped her to change her life and she has helped me restore my faith and passion for music.

My love for music has been restored, and successfully reaching the Grand Final of the Open Mic UK 2014 competition has fuelled my determination to perform, write, and record music and now I feel stronger than ever!


Entries for auditions ahead of TeenStar 2015 are now open..Please go here for more details- http://www.teenstarcompetition.co.uk/