Artist Jason Wilsher-Mills couldn’t wait until Spring 2020, right now his masterpieces were due to be displayed at the Tate, but then something called COVID-19 cropped its ugly head.

Not to be outdone he has decided to showcase the sculptures in his back garden in Sleaford.

Jason, who uses a wheelchair, had the opportunity to see work in the legendary London art museum this year after winning the Adam Reynolds Award, a competition with so much pedigree it’s known as the equivalent of the Turner Prize for disabled artists.

He told the BBC: "Initially, I was frightened and depressed and worrying about money and what I could do.

"What I could do was carry on working - art for me isn't a job, it's what I do, it's as important as breathing."

Wilsher-Mills’ work, created on iPads, reflect his life living as a disabled person, his work has been shown across the UK and Australia.

But over the past 11 weeks in isolation his health has suffered to such an extent he has had to stop drawing because of pain in his hands caused by damaged tendons.

He admits: "fear went into my work matched with the joy of being alive".

With a personal art exhibition in his back garden for all to see Jason said: "God knows what the neighbours think, hopefully it made them smile and think 'we live next door to a lunatic'." 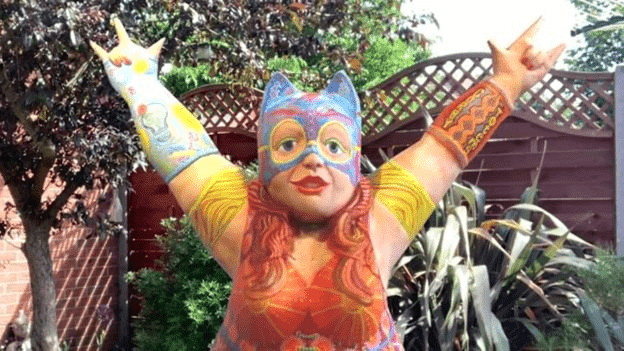 A sculpture by Jason Wilsher-Mills in his back garden

The Adam Reynolds Award is Shape Arts' flagship award, set up in 2008 in memory of the life and work of sculptor Adam Reynolds.