Quick warning to any gamers playing Street Fighter online…If you about to go head-to-head with an opponent called BrolyLegs don’t raise your expectations.

Standing in your way behind the controller will be 28-year-old Mike Begum who is set to become one of the best Street Fight players in the world and just like BrolyLegs he has his own special moves…The Texan born player controls his character just by using his face.

Begum has arthrogryposis – the condition affects most parts of his body, apart from his face which he uses to obliterate almost every competitor who is foolish enough to take him on. 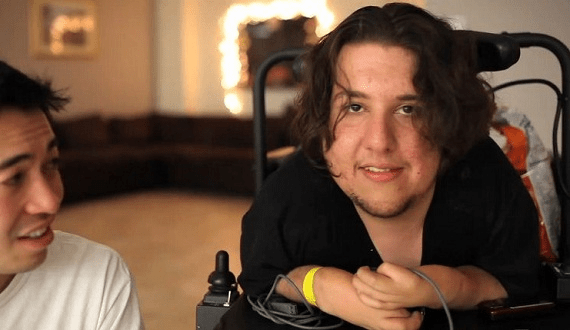 The only alteration Mike had to make was a quick change to the standard controls which is on offer to any Street Fighter player.

Between wiping out his opponents he told cnet.com “"Once you're playing, it's like the gloves are off,

"I appreciate that more, because that's what I'm there for, the competition."

Begum became a gaming pro after playing Super Mario Bros 3 on his Nintendo a few years ago. He now owns an Xbox 360 which he operates by resting his left cheek on the controller and tapping the buttons with his tongue wedged inside his left cheek.

Some games he struggles at – for example shoot ‘em ups are virtually impossible to master and he can’t press all the shoulder buttons simultaneously. ‘That side has always been a demon to me”, he told cnet.com.

Mind you…With our lack of co-ordination Mike could probably crucify us playing Call of Duty as well!

According to a 2008 study one in five gamers has a disability, for some using their console is one of the few ways they can interact daily with others.