A man with a rare condition has gone viral after sharing his daily life on TikTok.

Darren Douglas from Ramsey lives with Arthrogryposis, but that hasn’t stopped him from carrying out jobs around the home, such as painting a door with a brush on a stick using his mouth.

The 30-year-old hopes the videos will “inspire other disabled people” to live life to the full despite their challenges.

As he grew older Douglas became aware a number of people were interested in his lifestyle which gave him inspiration to start filming himself.

He told the BBC: "My mum has always said to me 'you were obviously put on this earth to show people, teach people'.” 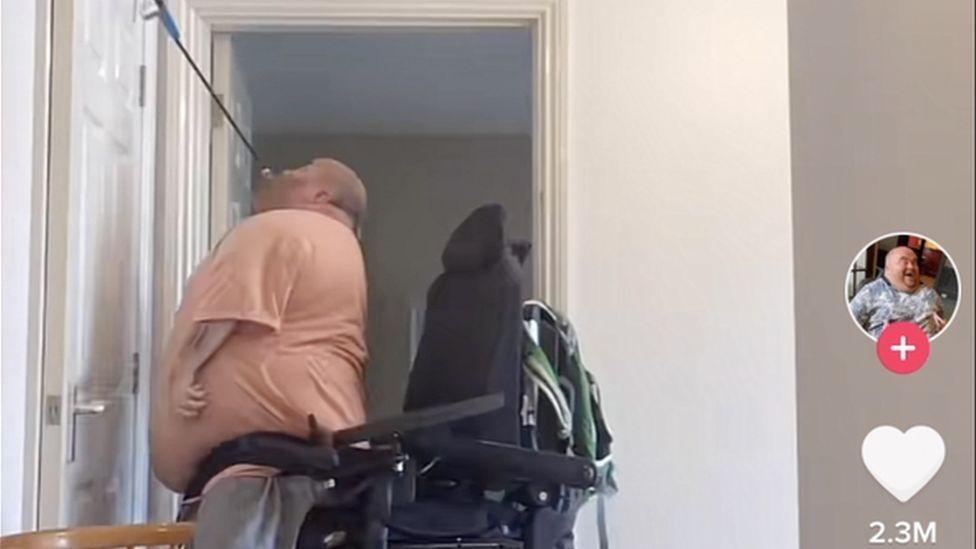 As well as developing a way to paint the door Darren’s videos also shown him cross stitching using his mouth to operate the needle and thread and showing how he fills his adapted cup with water.

Douglas was “overwhelmed” by how many views his first clip received which showed him making a cup of tea, so he carried on posting more after realising they were "quite educational for people".

"I just want to be a voice for people, that's all I want to do," he added.

The video of Darren Douglas painting a door using his mouth has already been viewed over 18 million times.